A Year After #MeToo, Can We Talk About Incest Abuse? - Ms. Magazine
Skip to content

One year ago, I woke up and began my typical routine: I avoided getting out of bed for at least an hour while scrolling through superficial and meaningless social media posts. But this time, #MeToo was splashed across my feed like graffiti.

I’m often a little late on trends, so I ashamedly typed “what is #MeToo?” into the search bar about 14 times, until my fingers loosened and my brain warmed up enough that I could actually spell the phrase correctly enough for the search engine to recognize it.

#MeToo is a way to express that one has been a victim of sexual violence. As I read the definition, rage and sorrow and fatigue welled up from my very core. I returned to my social media feed to see more specifically who was posting with the hashtag. So many. Too many. 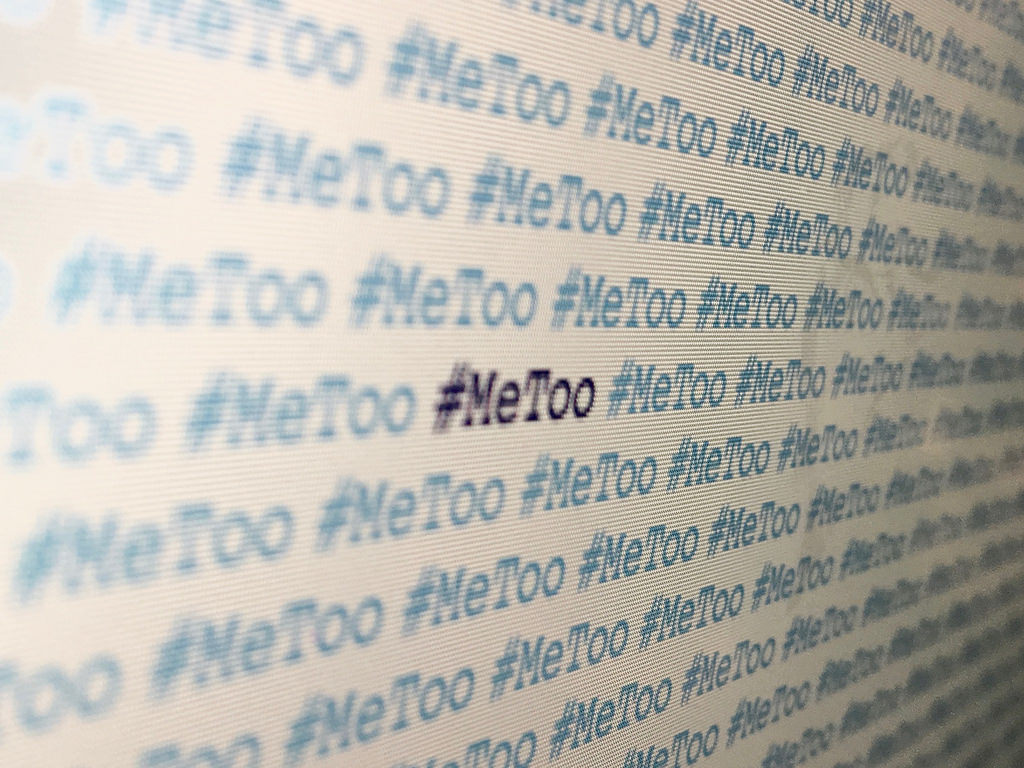 It’s been a year since the #MeToo movement, after over a decade, went viral—sparking a massive outpouring of stories from sexual violence survivors. (Wikimedia)[/caption]

I am a sexual abuse survivor who has been in recovery for over 10 years. My close friends knew about my history with sexual violence, so it was no surprise to them when I contributed my story to their feeds by slowly and shockingly typing “#MeToo” and pressing enter.

I tried to make sense of the fact that sexual violence was so much more common than even I had understood. I knew that I was counted as the one in three women sexually assaulted in their lifetimes—but I didn’t know my most beloved and beautiful companions were, too. All of the sudden, my 20 years of abuse and 10 years of recovery became so much bigger than myself, and as the big feelings pushed on my chest crying to be freed, I knew I needed to give them a voice.

I started writing. I opened my wounds and my wisdom and let them all bleed into words like every other blog-beginning millennial desperate to contribute does. Applause, applause, applause. Everything I had been holding onto poured out onto the page, and my community received it with joy and admiration. I was safe to share my story publicly—whoa—that was a first. As more adulations arrived, and more survivors came forward, I kept writing. I kept sharing. I kept revealing the many traumas, triggers and triumphs that I had experienced as a sexual abuse survivor.

Simultaneously, I watched and read the news as celebrities and professionals came forward to acknowledge the prevalence of sexual violence in the workplace; as more and more stories were uncovered about sexual assault in the Catholic Church, the chambers of Congress and even the halls of high schools; as Olympic athletes broke their silence around years of sexual molestation. And yet I was waiting, and would for the next year—anxiously anticipating the time when someone would finally speak the word that hadn’t yet been said from the global stage.

I am an incest survivor. My father started raping me when I was two years old, my grandfather a little later and my uncle later still. I didn’t know what they were doing was wrong; instead, I learned at a very young age that my responsibility was to manage the sexual needs of the men in my family. It hurt me, but it felt good for them. This was my exchange for their care.

Eventually, like many children’s brains do, I forgot the occurrences, because I couldn’t  appropriately process what was happening. The memories came back when I was 24, by which time my body had been in such a state of stress for so long that it began to shut down. Depression, anxiety and fatigue plagued my life. Over the last 10 years, I have spent over $100,000, out-of-pocket, in attempts to recover my safety, my identity, my sanity and my health. I have been trying to find a new family, a new group of friends and a career that could fund my recovery process. I’ve done all of this work mostly alone.

When I told my family what happened, they all refused to believe me, and sided with my father—an all-too-common fate for us incest survivors. It’s easier, after all, to lose one member of the family, deem her the crazy one, instead of risking the entire system shutting down by the failing of the patriarch. Eventually, I learned that sexual abuse had been a generational issue in my family—but no one wanted to talk about it, no one wanted to report it, and so the Catholic, holy, virtue-centered rapists continued to hold control in public while they abused their children in private.

People often want to know why I didn’t tell. There are two reasons: memory and protection. I didn’t remember the abuse, and when I finally did I also recalled the threats—if I ever told anyone, I or another family member would be killed. Starting at the age of two, my job was to be simultaneously the silent prostitute and the sly protector.

In the time since I began speaking about my experience, I have met many others survivors of incest abuse, family abandonment and the long-term health effects of being trapped in a violent environment with no escape for too many years. All of us share the common experience of avoiding the word “incest” when telling our stories. Even I was encouraged by my first loyal editors—the applauding friends from above—to abstain from identifying as an incest survivor. I was asked to water down the language, as it made them feel so uncomfortable that they didn’t want to keep reading.

How can we address this pervasive issue if we can’t even use the appropriate language to describe it? How can I talk about the discomfort I’ve experienced in my life if it causes my listener so much discomfort that they no longer want to listen?

My intent is not to shock anyone, or scare anyone, or make anyone feel too uncomfortable. My hope in sharing my story is to begin a very long and constructive conversation about incest abuse. My intent is to encourage all to try to process this horror with me and with other survivors who share their stories.

We deserve company and companionship on our healing journeys. We need advocates and advisers as we ask that society create and make recovery resources more available to us. We are entitled to teammates in the fight to help us to end this epidemic from erasing the identities, bodies, families and futures of the next generation of children, just like the survivors of other forms of sexual violence.

I want incest survivors to come forward without fear. I want families and communities to stop denying these occurrences and abandoning their babies. I want perpetrators to be criminalized. I want statue of limitation laws to be eradicated so that I can exercise my right to criminalize my abusers. I want people to stop refusing to address this issue because it’s too hard or it’s too complicated or it’s too intense. I want perpetrators to get treatment. I want victims to recover.

As we mark a year since #MeToo went viral, I still want to talk about incest abuse.

Will you join me?

Anne M. Lauren is an author, artist, and alchemist. She shares her story of childhood trauma through writing and public speaking as a medium to express the significant intersections and urgent demands between spirituality, psychology, healing, and justice on individual and collective levels. She also dabbles in intuitive painting, tinkers on the piano, travels when she can, sings at the top of her lungs in the shower, and pretends that she’s funny. Anne’s story has been published in print and digital magazines like Arcadia, Elite Daily, The Mighty, and Elephant Journal. You can review her portfolio at annemlauren.com and find her @annemlauren on all social media platforms.

The ERA Has Been Ratified, Declares New Congressional Resolution
Biden Administration Clings to Title 42, Despite Its Harm to Asylum Seekers
Ranked-Choice Voting Is on the Rise—From the Academy Awards to the Texas Legislature