Ms. Muse: What Happens When You Give a Girl a Pen - Ms. Magazine
Skip to content

“I am from” were the first three words of the poem I read to the kids. Sitting around a long table, they began work on their own poems, stories and songs. A new girl sat next to her younger cousin, who translated my words into Spanish for her.

K—I’ll call her by her first initial—was from Puerto Rico, and perhaps 15. She didn’t speak, but smiled when I handed her a new spiral notebook, a pen and a poem.

But it was in English. 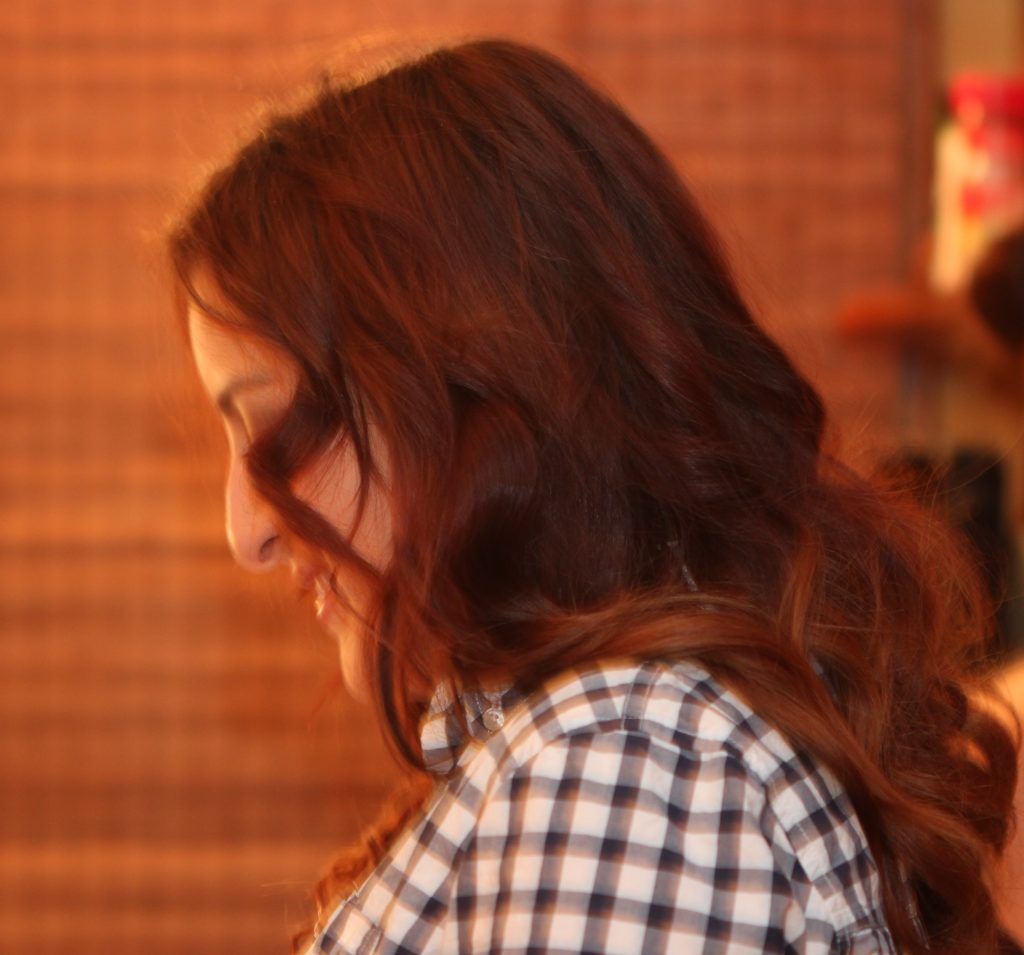 What a fool I am, I thought. I’d expected bilingual kids but wasn’t prepared for the possibility of non-English speakers visiting my free drop-in writing workshop. We met at a public housing complex in Northampton, Massachusetts. Each week, the kids worked to create a literary journal for their community. In that moment, I knew K’s cousin had translated the writing prompt we’d all discussed, but I didn’t know how well.

Slowly, K opened the notebook without picking it up. Her gaze fell upon the first lined page flat on the table in front of her. Unsmiling, she stared at that page. K picked up the pen and held it tightly but did not write. Her cousin whispered something in her ear.

K started writing. She did not stop. Other kids came and went, munched on snacks, whispered and laughed between spells of writing—but K never looked up. I didn’t see when she turned that first page. When she finally stopped, she placed her notebook on the stack in the middle of the table; she nodded yes when I thanked her for contributing work and left with her cousin.

When reading the kids’ writing later that night, I saw K’s first words: “I am from.” With clear, looping letters and a strong sense of self, she’d written a page of choppy English. Excited to learn that K could indeed write in English, I read about her family, her “music favorite” (reggaeton), how much she liked school, her one “favorite boy.” K stressed that she preferred Puerto Rico, but her parents “like the Northampton.” She pressed so hard with her pen that the other side of the paper felt textured with her backward, Braille-like, “invisible” writing.

Over it, she wrote a title: “Poetry.” Then, in Spanish, two stanzas—translated here by poet Lisha Adela García.

A handkerchief embroidered with black
letters fell from the sky.
Ask your mother if she would like
to be my mother-in-law.

Yesterday, I passed by your house
and they threw a lime at me.
The juice hit me in the eyes
and the blow in my heart.

The first line of K’s original, “Del cielo cayó un pañuelo bordado…” (Out of the sky fell an embroidered handkerchief), repeats like an epigraph the first line of a well-known Spanish love poem. But instead of colorful embroidered letters, K makes them black, turning the flying handkerchief into a page of writing—suggesting the image of a love poem or letter falling from heaven.

The speaker tells her lover to ask his mother, in a diplomatic, charming manner, if he can marry her. But the black letters foreshadow the second stanza—a blunt, pained remembering of how she’d just been treated by his family. Remarkably, the speaker has not given up, and defiantly instructs her lover in how to appeal to his mother from her perspective, so she might accept the narrator as a daughter. While I don’t encourage young girls to spend much of their time thinking about marriage, it’s in every Disney fairytale. And I liked K’s twist.

K’s poem has haunted me since I first read it 12 years ago. I never saw her again. Where did she go? Where is she now? If a poem this intriguing can fly out of a girl onto the page when she’s handed a pen by a stranger, what else is she capable of writing? 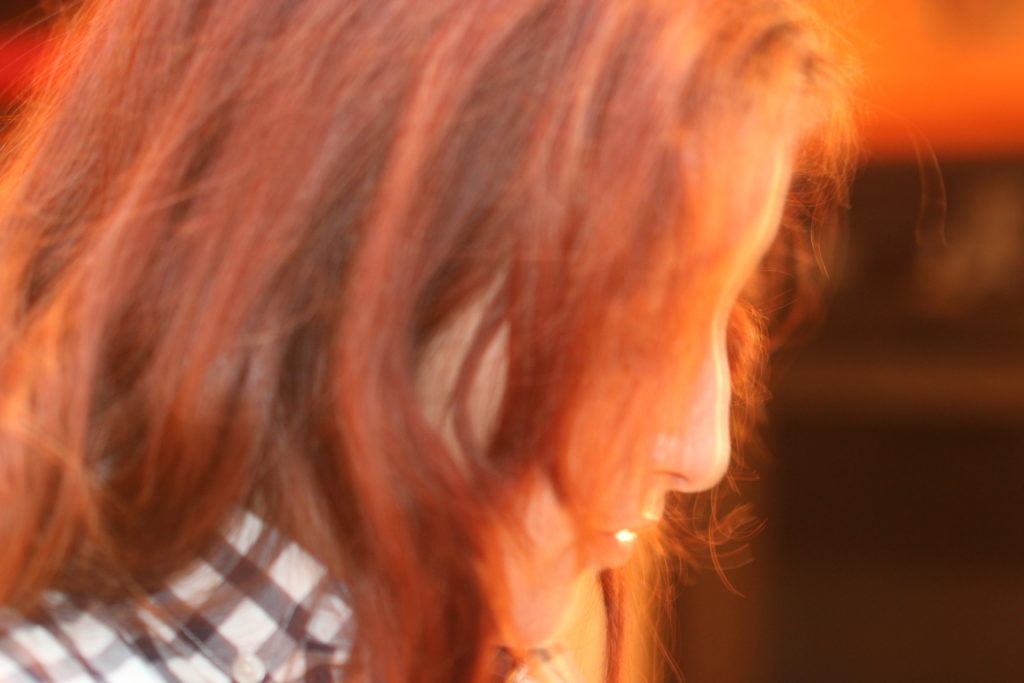 Years later, Hillary, a 16-year-old Ecuadorian American girl, showed me a poem she’d written in response to an English teacher’s writing prompt: “My Name” from The House on Mango Street by Sandra Cisneros.

My Name Has No History
(after Sandra Cisneros)

In English my name means happiness.
In Spanish it means too impatient.
It means loneliness; it means hopeful.
It’s black and white. It is the name
you read in the newspaper.
Not a traditional name. In my culture,
my name has no background. No history.

It’s new. Born with a chance of making
history. In my life, my name has been observed.
Picked apart even. I’ve been told it’s not special.
Still, I wouldn’t baptize myself under another.
My name has no history but it holds hope.

Hillary was born and raised in the United States, even named after a prominent First Lady, but she was living in and between two cultures. Her poem articulates the complex perspective of a young first-generation American.

I think of Hillary’s mother and father choosing to name their precious baby daughter after perhaps the most powerful woman in their new country and the world. I try to fathom what they might have felt at that time in their lives, inspired and hopeful, finding their way in a nation of immigrants, proving their desire to contribute and belong in so many ways—and then with a name, with their own blood. And I think of that girl growing up to write this poem one day, by chance.

Around the time K and Hillary wrote these poems, if you had passed either of them on the street and happened to speak, you would have met a shy, pretty, Latina teenager. But these poems reveal the emergence of powerful new voices and visions that we need.

This is what can happen when you ask a girl to tell a story and then place a pen in her hand.

Chivas Sandage is a digital columnist at Ms., winner of the 2021 Claire Keyes Poetry Award, and author of Hidden Drive, a finalist for the Foreword Book of the Year Award in poetry. Her poems and essays have appeared in the Texas Observer, The Rumpus, Salmagundi, Southern Humanities Review, and the print version of Ms. Magazine, among others. Her debut nonfiction book is forthcoming from the University of Texas Press. Ms. Muse, her column, features contemporary feminist poets and essays on the intersection of poetry, politics, and our lives. Follow her on Twitter: @ChivasSandage.