POEM: The Universe, a Woman - Ms. Magazine
Skip to content

Editor’s Note: Much has been written and published about women’s rage in the last months—and with good reason. We’re living in a time of incredible backlash to women’s rights and the progress of the last century—and women are rising up to lead the resistance and demand equality. That’s why I’m proud to share this poem by young feminist Uma Menon with our readers, which extolls the power of womanhood and the urgency of celebrating women’s contributions to this world. As we kick off a new year full of new fights, I hope it invigorates you.

The Universe, a Woman

(i) Prologue
They say the universe formed with one big bang but
we all know it must have a mother.
Listen to the theory of maternal relativity,
find power to expand. The blood
of the universe has turned cold in search
of its mother.

(iii) Nebula
They say that when woman is angry
she devours the whole world.
They are wrong, of course –
she devours the entire universe.
All that is left is dust,
dust in more colors than emotions felt
when I swallow you whole.
My fingers are the pillars of creation
that give you this life. I birth the stars you sing of.
Orbit me. Feel ego dissipate into dust,
dust.

Uma Menon is a 15-year-old student and writer from Winter Park, Florida. Her writing has appeared in Dark River Review, Rookie Magazine and Borgen Magazine, among others. Her first chapbook is forthcoming with Zoetic Press. Uma is also a nationally-ranked debater and activist for marginalized groups. 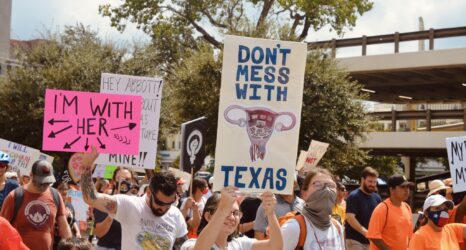 To Protect Afghan Girls, the Biden Administration Must Take Real Action: “No More Empty Promises”
September Saw One of the Biggest Drops in Women’s Jobs Since Pandemic Began
California Leads the Way in Educating Students on Racial History—But Vigilance Is Still Needed