We Will Not Go Back - Ms. Magazine
Skip to content

A popular medical dictionary defines disease as “literally, a lack of ease” and venereal disease as one “usually acquired through sexual intercourse.” It is apparent that unwanted pregnancy is therefore a very common venereal disease. It is associated with immense physical, mental, social and economic suffering—and in seeking to be cured, women throughout history have risked pain, mutilation and death in numbers that stagger the imagination.

The Guttmacher Institute found that in the fifties and sixties, an estimated 200,000 to 1.2 million illegal abortions were performed each year in the U.S.; before 1973, an estimated 5,000 women died each year because of one. In 1965, illegal abortion accounted for 17 percent of deaths from pregnancy and childbirth; in the year after Roe, maternal mortality rates in New York City alone dropped from 61 to 15 per 100,000.

Many young people cannot remember what it was like before Jan. 22, 1973, when the Supreme Court recognized that abortion was a woman’s right. But I was a medical student and young doctor in the late sixties and early seventies, and what I saw before abortion was legalized was forever branded in my memory.

In those days, a woman was forced to place herself in the hands of unskilled and often unscrupulous abortionists when she was faced with a pregnancy she could not continue. I saw women brought into emergency rooms in septic shock, with perforated wombs, even disemboweled by incompetent butchers because their own physicians were prohibited by law from helping them.

These experiences radicalized me. Because of them, I joined the fight to legalize abortion.

Today, the right promised to women in Roe remains under attack by vicious anti-abortion fanatics who would return women to a state of reproductive slavery. They claim that abortion is murder because they believe that from the moment of conception a fetus is a human being, but a fetus is no more a human being than an acorn is an oak. And even if the fetus, or the embryo, or—to use the old Catholic teaching—the sperm itself were defined as human, the rights which anti-abortion laws give to them would still be far in excess of the rights enjoyed by any human being in this society, especially by women.

No human being’s right to life includes the right to use another person’s body, or any part of it, without that person’s consent—not his kidney, his cornea, a graft of his skin or a pint of his blood. Yet anti-abortion laws give a fetus the right to occupy an unwilling person’s abdomen and use not just her uterus, but every major organ system in her body—without her consent.

In 1962, nearly 1,600 women were admitted to the Harlem Hospital with incomplete abortions, a common complication of illegal abortion—marking one abortion-related hospital admission for every 42 deliveries at the hospital that year. At the Los Angeles County Medical Center, another large public facility serving primarily indigent patients, 701 women with septic abortions were admitted to hospital in 1968—one admission for every 14 deliveries. According to the Centers for Disease Control and Prevention, 39 of the 130,000 women in 1972 who obtained illegal abortions or self-induced an abortion died. From 1972 to 1974, the mortality rate due to illegal abortion for nonwhite women was 12 times that for white women.

The real issue is not viability, or whether fetal life is human life. The real issue is whether women have the right to control their own bodies. “No woman can call herself free who does not own and control her own body,” feminist pioneer Margaret Sanger famously said. “No woman can call herself free until she can choose consciously whether she will or will not be a mother.”

Forcing a woman to continue a pregnancy against her will is one of the vilest forms of sexual abuse. We must inform the ignorant among legislators that forcing a woman to be pregnant is as repulsive as forcing her to have sex.

We will never return to the days of back-alley, coat hanger abortions. We will vote against legislators who would restrict the right to abortion. We will demonstrate, we will march, we will lobby—and we will be victorious. 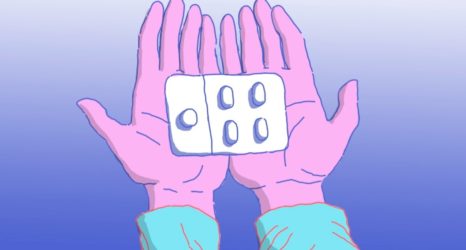 Self-Managed Abortion Is Medically Very Safe. But Is It Legally Safe?