Killing Us Softly: Then and Now - Ms. Magazine
Skip to content

For generations, Jean Kilbourne’s documentary film Killing Us Softly: Advertising’s Image of Women has been transforming consciousness by revealing how the advertising industry promotes impossible beauty norms to make women insecure so they will buy products. First released in 1979, with three subsequent versions; and screened across the years at universities, high schools, community centers, churches and prisons, the film is one of the most watched and most impactful feminist films of all time.

To mark the 40th anniversary of the film, feminists across the generations gathered at Smith College to celebrate Kilbourne’s legacy.

Hosted by Smith College’s Program for the Study of Women and Gender and the Media Education Foundation, the celebration included video tributes, clips from all four versions of Killing Us Softly and a panel discussion about the impact of Kilbourne’s work on current media and gender activism.

MEF Executive Director Sut Jhally introduced the event, and the discussion was moderated by feminist cultural critic Susan Douglas—author of Enlightened Sexism, The Mommy Myth and Where the Girls Are: Growing Up Female with the Mass Media. In the audience was New Day Films co-founder Liane Brandon, whose groundbreaking films Anything You Want To Be and Betty Tells Her Story were among the first and most popular consciousness raising tools of the women’s movement.

In the 1970s, Kilbourne was a pioneering critic of advertisers’ objectifying portrayal of women, laying the seeds for the now-robust field of feminist media criticism. Without contemporary media tools, she did this creating 35mm slides and eventually a 35mm reel to reel film, generating the body of evidence that allowed her perspective to break through and awaken and train so many after her.

Once named by The New York Times Magazine as one of the three most popular speakers on college campuses and called a “superstar lecturer” by The Boston Globe, Kilbourne has spoken at about half of all the colleges and universities in the United States and all of the major universities in Canada, as well as scores of private and public schools. She is the author of the award-winning book Can’t Buy My Love: How Advertising Changes the Way We Think and Feel and co-author of So Sexy So Soon: The New Sexualized Childhood and What Parents Can Do to Protect Their Kids.

Katz saw Kilbourne speak as a young UMass student in the late 1970s and decided to apply Kilbourne’s insights to the portrayal of men in popular culture, later making the groundbreaking film Tough Guise, now in its second version. Katz later mentored Byron Hurt, who expanded the analysis to black masculinity in American culture in the films Hip-Hop: Beyond Beats & Rhymes and I Am a Man. Rossini’s 2015 film The Illusionists takes the analysis global, showing how narrow and objectifying Western beauty standards have proliferated throughout the world. Pozner took the analysis to reality TV in her book Reality Bites Back. Wilson spoke about the importance of growing up in a world where Killing Us Softly always existed.

In Killing Us Softly 4, Kilbourne “uncovers a steady stream of sexist and misogynistic images and messages, laying bare a world of frighteningly thin women in positions of passivity and a restrictive code of femininity that works to undermine girls and women in the real world.” Calling for women to envision ourselves as citizens rather than consumers, Kilbourne’s brilliantly combines incisive critiques with humor—remember the Tabasco sauce bottle and the potato, or what it would look like if the hair styling gel ad criticizing women’s breasts in every way possible targeted men’s genitals instead? 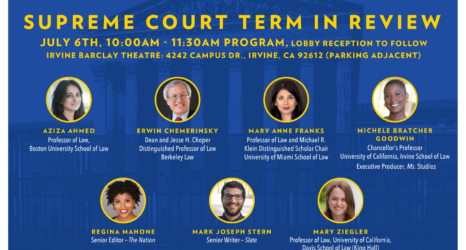