Yet in the midst of the critical pandemic response, we can’t lose sight of how gender is shaping key global trends—and how supposedly “gender-blind” policy responses miss a critical piece of the puzzle.

Frustrated global health experts point out that “policies and public health efforts have not addressed the gendered impacts of disease outbreaks”—noting that there is no gender analysis of COVID-19.

However, understanding how disease outbreaks affect women differently than men is critical to creating equitable and effective policy responses.

As Helen Lewis writes in The Atlantic, “a pandemic magnifies all existing inequalities.” She points out that women often find the division of unpaid caring labor more uneven when everyone is staying home. Women often bear the brunt of the burden as children stay home from school and self-isolating older people and family members who get sick need additional support.

Still, domestic violence may be harder for victims to report during lockdown.

We will learn a great deal in the coming months about how the pandemic’s impacts differ by gender—and which governments and agencies have internalized best practices in using a gender lens to create responses that serve all their publics well.

COVID-19 may be new—but policymakers have a large and rapidly-expanding field of research and analysis to draw from in thinking about how gender affects security and safety.

New America’s New Models of Policy Change initiative highlighted four data trends emerging from new studies over the past year: the scope and rise of political violence against women; the particular threats faced by female candidates and political officials; the resilience of anti-woman attitudes worldwide; the stagnation or decline of efforts to focus on diversity in the security field; and women’s critical role in protest movements.

Here are four data trends from the past year that have enhanced our understanding of gender and security both in the United States and around the world:

1. Political Violence Targeting Women is on the Rise.

Early 2019 saw a startling rise in political violence targeting women around the world, according to new data from the Armed Conflict Location & Event Data Project (ACLED).

ACLED found that there were twice as many violent events targeting women worldwide in the first quarter of 2019 as compared to the same period in 2018.

Misogyny-inspired terrorist violence is another trend to watch here. Incel (“involuntary celibates”) ideology, which is organized around the idea that young men should have sexual control and power over women’s bodies, has become a potent motivator for violence.

Global surveys reveal another troubling trend, showing the discrimination and inequity that women and girls continue to face.

Twenty five years after the Beijing Conference declared that women’s rights are human rights, Equal Measures 2030 reports that in 2019, nearly 40 percent of the world’s women and girls—that’s 1.4 billion people—live in countries that received a failing grade on gender equality.

Additionally, the UN Development Programme’s gender norm social index—released for the first time in March 2020—found that 90 percent of people around the world are biased against women, with about 50 percent believing that men make better political leaders.

3. Diversity in the Security Community is Stagnant and Trending Backwards.

Despite the importance of diversity among national security personnel in getting to better policy outcomes, diversity in the security community may be stagnant—and even trending in the wrong direction.

A recent study by the Government Accountability Office (GAO)—a government agency that conducts investigations at Congress’s behest—found there had been no progress in increasing the proportion of women working at the State Department between Fiscal Year (FY) 2002, when 44 percent of employees were women, and FY2018, when that same proportion was 43 percent.

The study also found that the proportion of racial and ethnic minorities at State increased just four percentage points—from just 28 percent to 32 percent—over the same period.

A recent Congressional hearing helped to show why diversity at these government agencies is so critical: a lack of diversity and language skills at the Department of Homeland Security (DHS) contributed to the agency’s poor response to Hurricane Maria.

As Rep. Xochitl Torres Small (D-N.M.) noted, in the wake of Hurricane Maria in Puerto Rico, “FEMA’s lack of Spanish-speaking employees caused problems throughout the disaster response and contributed to delays in getting assistance to people who needed it most.”

The January 2017 Women’s March was likely the largest single-day protest in U.S. history, drawing an estimated 3.3 to 5.2 million people onto the streets.

Dr. Erica Chenoweth’s Women in Resistance (WiRe) dataset—which catalogues women’s participation in resistance movements—found that women’s roles in such protest movements is key both in ensuring that protests remain non-violent and in helping the movement succeed in its aims.

As Women’s History Month comes to a close, we’re reminded that a gender lens is critical for understanding and responding to the most important policy issues of our time.

Dr. Alexandra Stark is a senior researcher at New America. She holds a PhD from Georgetown University International Relations. 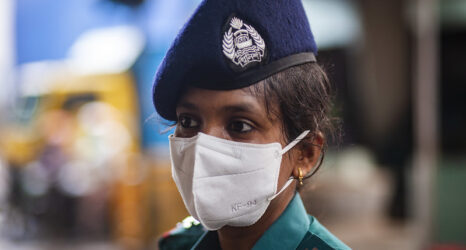 Peace is On the Line: The Women, Peace and Security Agenda Must Be Fulfilled 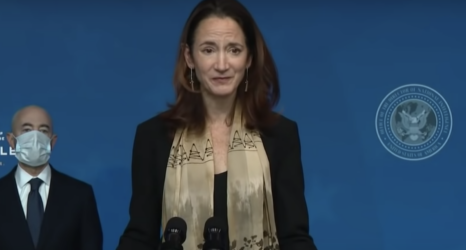 Avril Haines to Become First Woman Director of National Intelligence: “I Have Never Shied Away From Speaking Truth To Power”