What better way to decompress from a particularly harrowing year than enjoying some great, feminist films released to streaming in 2020.

As with my summer lists of feminist faves (for children’s shows, television dramas and television comedies on Netflix), I chose films based on several criteria, the most important of which is that they feature multiple well-defined, engaging characters who are girls and/or women and at least one major character who is a person of color and/or LGBTQ+. Most of the films are also written and directed by women or BIPOC.

This list includes a mix of genres and a mix of streaming services, with films primarily aimed at teens and adults—so hopefully there’s something for everyone. All the films were released to streaming platforms within the last year (even if one or two of them had theatrical releases or played at film festivals in 2019).

Lastly, while I’m well aware that the long-anticipated Wonder Woman 1984 comes out Dec. 25, streaming on HBO Max alongside its theatrical release, you’ll have to stay tuned for that review to come separately!

This brilliant and funny film, which I cannot recommend highly enough, was written, directed and starred in by Rahda Blank.

While Blank and the film earned both a Directing Award at the 2020 Sundance Film Festival and a New York Film Critics Circle Award for Best First Film, these well-deserved accolades alone can’t capture the vibrancy and insight offered by this smart comedy.

Based on a comic book series by Greg Rucka and Leandro Fernández, The Old Guard is a riveting action movie that manages to merge the high-paced fight and chase scenes we expect from the genre with profound philosophical insights and dynamic, fleshed out characters.

The film stars Charlize Theron as Andromache (Andy), the leader of a band of immortal warriors who have been fighting for good and justice for centuries, and Kiki Layne as Nile, a U.S. Marine whom Andy sets out to recruit after Nile suddenly discovers her own immortality. Add a complex revenge plot and meditations on morality and mortality to the excellent acting and Gina Prince-Bythewood’s refreshing take on the genre, and this is a film any feminist action fan would be sorry to miss.

Don’t listen to the overblown controversy surrounding the French coming-of-age drama Cuties—largely sparked by people who had clearly not seen the film and/or wildly misinterpreted it.

Maïmouna Doucouré’s feature directorial debut, which she also wrote, is a carefully wrought and intricate portrait of a Sengalese-French Muslim girl’s adolescent foibles as she navigates the tensions between her traditional upbringing and contemporary social media/internet culture. Cuties is a thoughtful portrayal of the precariousness and joys of girlhood and a film you won’t soon forget.

Another directorial debut, Patricia Vidal Delgado’s La Leyenda Negra is remarkable on a number of levels.

Set in Compton, Calif., the film addresses political issues from immigration policy and activism to colonialism and historical revisionism—all set against the backdrop of a queer coming-of-age story and the complexities of the everyday lives of Latinx teenagers, including Aleteia (Monica Betancourt) and Rosarito (Kailei Lopez). Most of the teenagers in the film are played by non-professional actors who are high school students themselves and whom Delgado directs with attention and understanding, drawing out a host of notable performances.

For more, check out my recent interview with Delgado.

This neorealist drama written and directed by Eliza Hittman offers a striking portrayal of a teen girl’s quest to receive an abortion after she discovers that she cannot do so without parental consent in her small Pennsylvania hometown.

Autumn (Sidney Flanigan) sets out on a journey to New York City, accompanied by her cousin Skylar (Talia Ryder), and the film chronicles the ups and downs of the girls’ trip, from the mundane (waiting in the bus station) to the byzantine (navigating the complexities of laws and regulations around abortion). Despite the challenges Autumn and Skyler face, it’s the teens’ unassuming bravery and care for one another that shines through.

It also boasts an impressive ensemble cast (Janelle Monáe, Bette Midler and Lorraine Toussaint, among others) and lays out Steinem’s life in a series of connected vignettes and scenes that come together into an engaging portrait through Julie Taymor’s skillful direction and unique vision.

Earlier this year, I interviewed Taymor and wrote about the film in greater detail, which you can find here.

Written and directed by Eugene Ashe, Sylvie’s Love is a rare romantic melodrama in two ways: It focuses on a Black couple, Sylvie (Tessa Thompson) and Robert (Nnamdi Asomugha), and it refuses to center its conflict solely around race. Instead, the film’s period setting (beginning in the late 1950s) offers a backdrop in which Sylvie’s desire to become a television producer and Robert’s tremendous talent as a musician flourish and falter alongside a decades-spanning love story that ebbs and flows around the changing tides of their lives and the world around them.

All in all, the film revels in and reflects the Technicolor beauty of its Hollywood forebearers while offering a classic romance through a modern lens.

Written and directed by Justin Simien (known for his film Dear White People and its subsequent Netflix series, among other things), Bad Hair is both funny and terrifying, a horror film set at a 1980s music television studio, where Anna (Elle Lorraine) hopes to rise in the ranks to host her own show one day. In order to do so, she’s told, Anna has to change her natural Black hairstyle, getting a weave on the recommendation of her boss. Little does Anna know, her new hair has a hunger of its own, leading her down a path of murder and mayhem.

Portrait of a Lady on Fire is a gorgeous French period drama depicting the relationship between three women as they spend a week together in a desolate seaside manor: painter Marianne (Noémie Merlant), Héloïse (Adèle Haenel), who is soon to be unwillingly married off, and a servant, Sophie (Luàna Bajrami).

A stunning film written and directed by Céline Sciamma, Portrait depicts the growing romance between Marianne and Héloïse alongside the three characters’ mutual understanding and care for each other in a world in which women’s lives are severely restricted and controlled.

For more, you can read my full review of this film from back in March when it first released online.

A beautifully animated children’s adventure created by the Irish animation studio that brought us The Secret of Kells (2009) and Song of the Sea (2014), Wolfwalkers portrays the burgeoning friendship between two very different girls: Mabh, whose unique abilities allow her to transform into a wolf when she sleeps, running with and leading her pack, and Robyn, the daughter of a wolf hunter whose father has been tasked with clearing the forest of wolves.

Drawn together through their mutual desire for freedom, Robyn and Mabh are a dynamic and daring pair, sure to delight viewers young and old. 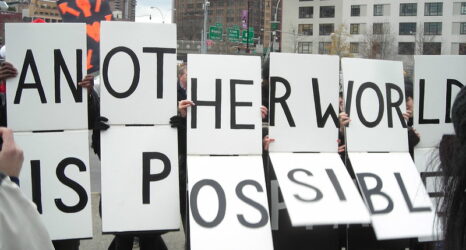