LGBTQ+ advocates celebrated the end of a decades-old statute that outlawed loitering for the purposes of prostitution, which has been widely seen as “arbitrary and discriminatory.”

LGBTQ+ advocates on Tuesday celebrated the repeal of New York’s “walking while trans” ban, which they say has led to discriminatory policing of law-abiding transgender people.

After years of legal challenges, advocacy and organizing, a bill eliminating the law was signed by Gov. Andrew Cuomo on Tuesday evening. The repeal strikes the statute and seals the records of anyone who has been convicted of the offense.

“For too long trans people have been unfairly targeted and disproportionately policed for innocent, lawful conduct based solely on their appearance,” Cuomo said in a statement. “Repealing the archaic ‘walking while trans’ ban is a critical step toward reforming our policing system and reducing the harassment and criminalization transgender people face simply for being themselves.”

The law, which has been in place since 1976, criminalized “loitering for the purpose of engaging in prostitution.” Police could arrest any person on the street, sidewalk, park or subway for repeatedly attempting to engage people in conversation—as long as the police officer read those actions as “intent to engage in prostitution.” Officers could also search and detain a person if they took issue with that person’s clothing.

According to the bill, police officers have warned transgender people that they would “be arrested if they were seen outside after midnight.” One officer testified that he was trained to identify prostitutes by looking for “Adam’s apples, big hands and big feet.”

Lawmakers at the time justified the law by citing rampant street crime, prostitution and other “maladies” in New York, according to the repeal bill. For decades, civil rights and criminal justice advocates have argued that the law exposed transgender women of color, particularly, to discriminatory policing and harassment.

According to the Human Rights Campaign (HRC), there was a 120 percent increase in arrests under the statute in 2018, with nearly half of all arrests happening in Queens—one of the most ethnically diverse urban areas in the world. More than 90 percent of those arrested were Black or Latinx people, and 80 percent identified as women, according to the advocacy group.

“After years of fighting alongside partners and advocates to end what has become stop-and-frisk for transgender women of color, tonight the ‘Walking While Trans’ era is finally over,” Alphonso David, the HRC president, said in a statement.

Advocates included the repeal of the “walking while trans ban” in their list of demands after the death of Layleen Cubilette-Polanco, a 27-year-old transgender woman. Cubilette-Polanco was sent to Rikers Island jail after failing to make $501 bail dating back to a 2017 prostitution charge. In 2019, the Afro-Latinx woman suffered a seizure in solitary confinement and died. LGBTQ+ advocates—including the New York City Anti-Violence Project—said Cubilette-Polanco’s death highlights the ways that the criminal legal system fails transgender women of color in particular.

Melania Brown, Cubilette-Polanco’s sister, said that she was grateful that the statute was repealed but that she would continue to fight for the rights of transgender women of color.

“This doesn’t ease my pain,” Brown said in a statement. “My sister should have been with us here today. I hope and pray that New York City and State-elected officials do not wait for another death and another family to be destroyed like mine to put legislation that protects trans and gender nonconforming people.”

“Thousands of New Yorkers have been irreparably harmed by false arrests, profiling and abuse that undermine their access to housing, education and employment,” Lieberman said in a statement. “The ways women of color present themselves should never be policed, criminalized or result in an arrest or criminal record.”

About Mariel Padilla, The 19th

Mariel Padilla is a general assignment reporter for The 19th. Previously she covered breaking news at The New York Times, compiled data at the Toni Stabile Center for Investigative Journalism and contributed to a Pulitzer Prize-winning project at The Cincinnati Enquirer. 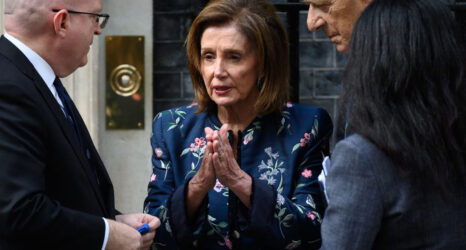 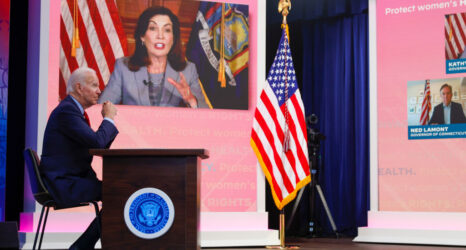