“People like us … have a way to get back inside that gives hope to those that we left behind.”

Sue Ellen was born on July 6, 1945 in Port Arthur, Texas. She traveled the world—all the while maintaining her Southern charm marked by impeccable manners, pearls and red lipstick. Once you met her, you could never forget her.

Sue Ellen had the important gift of being present. When she looked at you, she truly saw you. I saw this up close, when we visited juvenile detention centers and met with girls who the criminal justice system labeled as “runaways.” Of course, we knew they were survivors of domestic violence, sexual violence and homelessness.

She developed a fearlessness that likely began long before the grit she needed to harness and hold close in the latter part of her life, when her world turned upside down with her shocking breast cancer diagnosis; incarceration; the death of her dear, young cellmate; and a desire to fight not only for her own reentry into society, but that of all formerly incarcerated, especially girls and women.

Sue Ellen harnessed a quality that reminds me of the beautiful mantra passed down through generations of Black women: Don’t let anybody steal your joy.  Even when battling incredible odds, sometimes through incredible physical pain and challenges, including institutionalized stigmatization too frequently aligned with mass incarceration, she was joyous.  She did not wear her scars.

She recognized her privilege, a proud University of Texas grad, former educator and business leader—and, yes former inmate at Arizona State Prison. It was the latter that Sue Ellen clung to, that she spoke about, that defined her life when I met her. She was unafraid of the association.

In her last public interview, she told me, “At the darkest time of my life, the drug addicts and the murderers and the thieves looked after me.  And I will never forget, you know, I’m one of them. I’m a sister in an orange. And I can never forget these women.”

Sue Ellen was willing to bear witness and tell the story of women’s lives behind bars, the horrific shackling during labor and operations such as hers—a double mastectomy.  She told of the cruelties associated with solitary confinement, including leaving women in the equivalent of cages in the harshness of the Arizona heat and sun. The physical and sexual threats that too often materialized. And the utter brutality of medical neglect.

Sue Ellen’s young cellmate, Gina, died after weeks of pleading for appropriate medical attention. Rather than succumbing to the pressure to fit into her prior life after release, Allen became an advocate and trailblazer for the most vulnerable women in our society. She told me on many occasions that the women in prison saved her life, they supported her, and lifted her up. She was committed to prison reform with an eye on the impacts of the lives of women and girls.

She authored the book Slumber Party from Hell, detailing her experience in prison, finding any piece of paper on which to write. She co-founded Reinventing Reentry, an advocacy organization that worked to educate incarcerated women and girls to prepare them for life inside and after reentry. I served on the board.

We visited prisons and detention centers—trips that were moving, but also devastating. So many of the women and girls were holding on by thin, fragile, threads. And, eventually, we visited the White House together (and multiple times apart).

Sue Ellen would tell anyone who would listen—from judges and policymakers, and to the president and first lady—about the conditions of incarceration. She wrote (more than once) to President Obama, and eventually, his team heard her. (This letter was later featured in Jeanne Marie Laskas’s book, To Obama: With Love, Joy, Anger and Hope.)

In her letters to President Obama, she urged him to visit a prison so that he could see up close what mass incarceration looks like and the racial implications. Eventually, he did.

For President Obama’s final State of the Union address in 2016, Sue Ellen joined First Lady Michelle Obama in her box.  It was a proud moment. She wrote, “Never in my wildest dreams would I have imagined this. It was not on my bucket list.”

Ever hopeful and tenacious, in 2016, Sue Ellen founded the nonprofit organization Reinventing Reentry with a mission to educate and reshape our society’s perception of former inmates so they may successfully reintegrate and be given a fair chance for employment, housing, education and entrepreneurial opportunities—without shame or stigma. For her, this was a bipartisan issue in which both Democrats and Republicans should be invested equally.

She moved mountains, advocating for the passage of Arizona’s Dignity Act in 2018, which would provide appropriate menstrual supplies to women in prison. She brought transformative power to #cut50’s National Day of Empathy, urging the federal enactment of the First Step Act in 2019.  She succeeded on all counts.  The United State of Women (USOW) could not have selected a better ambassador for Arizona than Sue Ellen.

Sue Ellen appeared for her final interview in December 2020 from hospice. It was with me—two friends reflecting on a common bond in our advocacy, and yet so much more.  She put on a hat and scarf, laughed throughout—ever feisty. She placed a French backdrop on her zoom screen—even if our podcast audience would not see it, I did. This was part of her quiet dignity. We laughed about it.  I smiled, hoping she could not see the tears behind my glasses.

My final question to Sue Ellen was about a silver lining to her life and work. She said,  “It’s about what happens to you, when you…go inside, and you hit the wall. And the wall breaks you down and crumbles you. Do you put the pieces back together? And then you keep going? Or do you lose? …  You go back inside to help other people.  That gives hope to those that we left behind.”

Sue Ellen is preceded in death by her parents, Ruth Jene (Suy), Ardis Hyleman Allen and the love of her life and husband, David Grammar. She leaves many friends and fellow advocates to carry on her legacy.

Or head to the episode landing page for a transcript of the conversation, plus a curation of some of our favorite written pieces from Sue Ellen:

The Taliban Further Tightens Its Grip on Afghan Women and Girls: “These Young Women Have Fought for Themselves” 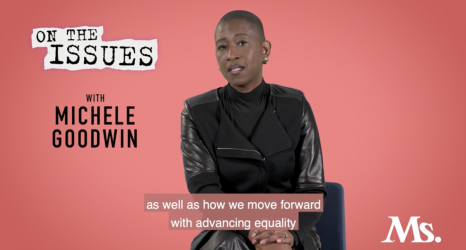