Ranked-choice voting in multi-seat districts, commonly referred to as fair representation voting, is a form of proportional representation made to fit the United States’ electoral culture.

In 1923, suffragist and ERA author Alice Paul wrote, “My hope is that a hundred years from now the world will no longer be a man’s world, but a woman’s and man’s world with each sex participating equally in the control of government.” Ninety-eight years later, women make up less than 30 percent of U.S. elected officials and no woman has served as president. Where did the U.S. go wrong? And how can activists and legislators correct the mistakes made, ensuring women are equally represented in America?

To answer this question, throughout Women’s History Month, Ms. and RepresentWomen are proud to present this series focusing on four steps the U.S. can—and should—take to increase the number of women in elected office and leadership positions:

Get caught up here.

As the United States celebrates another record-breaking year for women’s representation, global rankings show little progress has actually been made.

In January of 2021 with women holding 27 percent of the seats in the House of Representatives, the U.S. ranked 67th in the world for women’s representation in the lower house. Despite record-breaking election cycles the U.S. remains continually outpaced by 70+ countries including the majority of our democratic allies—allies which don’t have better women running, but better systems for women to run in.

The U.S. continues to use the plurality-winner electoral system set out by the framers more than 250 years ago—a system that fortifies the political status quo by limiting healthy competition and protecting incumbents, creating barriers for political newcomers who are more likely to be women, younger, and more diverse.

In 2020, the majority of women ran as challengers with a success rate of only 5 percent. Women running in open-seats had a much higher success rate of 40 percent; creating more open-seats would drastically and quickly increase the number of women in office.

Following recent election cycles, there is growing public consensus that the current system doesn’t work for large swaths of the population, and many reforms are gaining traction. For decades, electoral reform activists have pointed to ranked-choice voting as a solution for the problems running rampant through American democracy, including the high costs of campaigns, unchecked negative campaign tactics, and the frequency of plurality winners; but, few have highlighted the increase in descriptive representation which accompanies ranked-choice voting in both its single-winner and proportional forms.

Although ranked-choice voting on its own has proven to increase the number of women who run for local office and win—with women winning 48 percent of all ranked-choice elections in the United States between 2010 and 2019—combining it with multi-seat districts has the potential to transform our electoral system for the better.

Fair representation voting is not only constitutional but can be enacted through the legislative process. Rep. Don Beyer (D-Va.) is set to re-introduce the Fair Representation Act in the coming weeks to ensure Congress better reflects the diversity of the U.S. population and level the electoral playing field for women candidates. States can quickly follow suit ensuring diversity doesn’t just exist in the national legislature, but trickles down to the state level as well.

Women’s History Month provides a great opportunity to celebrate the many women who have sacrificed to get the U.S. to where it is today; but, the fact that many of their goals and ideals remain unachieved even centuries later must also be reckoned with. Alice Paul had high hopes for what women would achieve by now, and despite the progress made in recent years, living up to Paul’s goals requires systemic action like a new electoral system which gives women a fair chance. 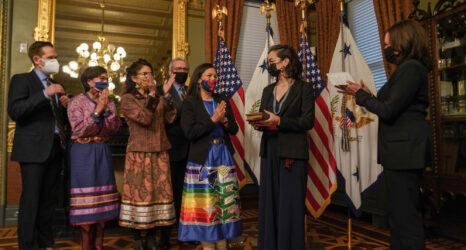 Leading the Way: How the U.S. Government Can Normalize Women in Leadership Roles 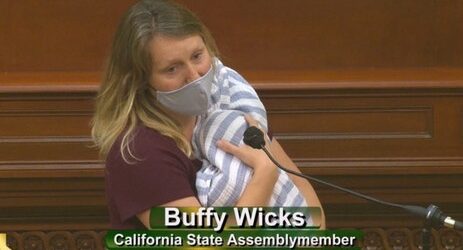