“The state has criminalized so much of pregnancy and reproduction. … We will see women likely jailed in the near future if we don’t fight back on this issue.”

Reproductive rights advocates have come out in force to support Lindsay R., an Arizona woman whom the state of Arizona has branded a child abuser because she used medical marijuana while she was pregnant. National Advocates for Pregnant Women (NAPW) and 45 leading health organizations, doctors, ethicists, scientific and medical experts, and advocates have filed a brief asking an Arizona Court of Appeals to overturn the state’s action.

When Lindsay was pregnant, she had a life-threatening condition called hyperemesis gravidarum (HG), which caused constant nausea and vomiting. Her condition was so severe she was hospitalized twice during her pregnancy.

Her doctor prescribed medication for her condition, but it didn’t help, so she used medical marijuana to find relief. At the time, she was a qualified medical marijuana patient under Arizona’s Medical Marijuana Act. After she gave birth on May 4, 2019, the hospital tested her baby’s blood, which was positive for marijuana.

Afterwards, the Arizona Department of Child Safety (DCS), where Lindsay worked, fired her and made a finding of civil child neglect against her. They placed her on Arizona’s Child Abuse Central Registry for 25 years, barring her from employment in childcare, child welfare, and health care services.

An administrative law judge overturned the decision, but DCS appealed to the Maricopa County Superior Court, which upheld the penalties. The court ruled that Lindsay’s use of medical marijuana while pregnant constituted child neglect and affirmed the registry placement. Lindsay appealed.

On appeal, the state characterized Lindsay’s use of marijuana as “selfish behavior that wrongfully ‘prioritiz[ed] her own needs over those of her child.’”

“My client was the only one who presented any science. She [submitted evidence] showing cannabis is a choice to treat HG during pregnancy,” said Scottsdale attorney Julie Gunnigle. “[C]ompared to the risks of the pharmaceuticals prescribed for HG that weren’t working, or the risk of having untreated HG, which is a one in three chance of a miscarriage [using medical marijuana poses] minimal risk, and it’s a decision that she was completely entitled to make.”

This case is from Arizona.

Your tax dollars are being used to penalize pregnant patients, separate families, and destroy lives all based on junk science and the War on Drugs.

Reproductive rights advocates are asking the Arizona Court of Appeals to overturn the lower court decision and remove Lindsay from the Child Abuse Registry. NAPW argues that research shows medical use of marijuana is an effective treatment against HG, which can cause severe dehydration, malnutrition, heart and kidney failure, and even pregnancy loss or neurological damage to the fetus. They cited peer-reviewed scientific research showing marijuana use during pregnancy does not harm fetuses. According to the brief, “evidence of potential harm to fetuses of untreated HG is far better established than any claims of harm from exposure to medical marijuana use.” They note marijuana is also an affordable option that many patients find to be more effective and less debilitating than other treatments.

“Punitive laws that drive a wedge between patients and their doctors have demonstrable negative impacts on fetal and neonatal health,” argues NAPW.

In fact, the American College of Obstetricians and Gynecologists has a policy directly opposing punishing individuals during pregnancy and expressing concern that punitive responses to a positive drug test will deter women from seeking prenatal care or help for themselves or their infants when they need it. Other leading medical associations have similar policies, including the American Medical Association and the American Academy of Pediatrics. A recent study of a fetal endangerment law in Tennessee revealed harmful effects on fetal and infant health.

And more than abortion is at stake. A variety of pregnancy outcomes including miscarriage and stillbirth and decisions about a pregnant person’s rights and healthcare will be criminalized #IfRoeGoes. #SCOTUS https://t.co/bRi1psqjD0

NAPW also argues that placement on the Central Registry can have “devastating economic impacts on families, which can lead to associated negative health outcomes for children.”

“I think we’re seeing an increase of people being charged either in criminal court or family court for legal medical marijuana use during pregnancy, and this is an instance where people are being treated differently because they’re pregnant,” said Samantha Lee, a NAPW staff attorney. NAPW argues this different treatment violates the constitutional right to equality as well as the constitutional right to “choose or refuse treatment they deem most appropriate for themselves.”

As chillingly portrayed in the documentary Birthright: A War Story, the criminalization of pregnant women using marijuana is part of a broader trend, says NAPW, which has documented more than 1,000 arrests for drug use during pregnancy.

Organizations joining the NAPW brief in support of Lindsay include Ibis Reproductive Health, If/When/How, NARAL Pro-Choice Arizona, the Women’s Law Project, the Arizona and Inez Casiano chapters of the National Organization for Women, and the National Council of Jewish Women Arizona.

“No one should fear child neglect charges and a 25-year penalty because they were pregnant and qualified medical marijuana users,” said Lee. “And contrary to Arizona’s claims, no child will be better off if the state’s unprecedented and scientifically baseless interpretation of the law is allowed to stand. This will only sow fear and distrust in the medical system and lead to worse outcomes for Arizona families.”

NAPW is offering a free on-demand screening of the documentary PERSONHOOD: Policing Pregnant Women in America from August 11-26 (use screening code NAPW821). 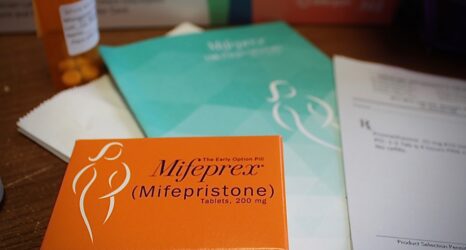