Women on Their Choice To Be Child-Free - Ms. Magazine
Skip to content

World Contraception Day—September 26—was conceived (no pun intended) to improve awareness of all forms of contraception and help people make informed choice about their sexual and reproductive health. Access to contraception has empowered many women to choose if and when they would like to have children. While there is a trend of women having fewer children, others are opting out of having children altogether.

In honor of this important day, I interviewed women of multiple generations about their choice to be child-free.

Ellen Barfield, 65, an activist in Baltimore, Maryland, decided to forgo having children at a time when most considered parenthood the natural next step in life. Barfield was passionate about activism and realized that becoming a mother could make this career path substantially more difficult.

Still, her decision was a progression—one that went from “not now,” to “we’ll see how it goes,” to, eventually, “not at all.” She says her career path, combined with her observation of the disproportionately high rate of resource consumption in the United States, ultimately nudged her toward staying child-free.

“I’m deeply grateful that circumstances are such that I could realize that the world doesn’t need more of me,” she says.

Some women with whom I spoke never even felt a pull toward parenthood: Nandita Bajaj, 40, a nonprofit director, said, “In university, I took a course in gender studies and psychology where I first learned that this idea of a biological instinct, or maternal instinct, was a social construct and not a universal biological drive. That really resonated with me. I didn’t have any deep desires to be a parent.”

The impact of people on the planet made up Linda Carroll’s mind. A 72-year-old professor in Spokane, Washington, her choice to be child-free was rooted in childhood trips through Washington state’s Cascade Mountains, where she watched the forests disappear.

“I started to understand the more people, the less nature,” said Carroll. “I grew up in this crowded boomer world, so I never felt the need to add more people to it.”

Courtney, a 32-year-old recreation director, lives with her partner just outside Minneapolis and remembers knowing as a teen that she did not want to have kids. That choice, she says, played a part in ending her first marriage.

Similar advice was often repeated among the women I interviewed, who all acknowledged the societal pressure to have children. They advised those contemplating the child-free path to trust yourself, follow your gut, and find friends who support your child-free decision.

All of these women acknowledged that contraception played a key role in empowering them to remain child-free, but there was no one-size-fits-all approach, and their family planning methods evolved over time. Almost everyone I spoke with said they initially used the pill, but some later switched to implants or chose hormone-free options like diaphragms and condoms. Others had male partners equally confident in their child-free choice who got vasectomies. Some of the women also decided to get a tubal ligation or are currently exploring the option.

Regardless of their family planning methods, these stories illustrate the need for universal access to all forms of contraception: The method that works for one woman won’t necessarily work for another, and contraception preferences can change over time.

But what has worked for everyone I spoke with is their choice to be child-free.

“Lean in to all of the ways you can find fulfillment in your life that aren’t often celebrated in our culture,” said Bajaj. “It’s been the most liberating decision I’ve made, and I’m so thrilled to have the privilege and wherewithal to make that choice.”

Sarah Baillie is the population and sustainability organizer at the Center for Biological Diversity. Her video interview series, Contraception Conversations, helps raise awareness about the effects that our growing human population have on wildlife and the environment by normalizing conversations about family planning. 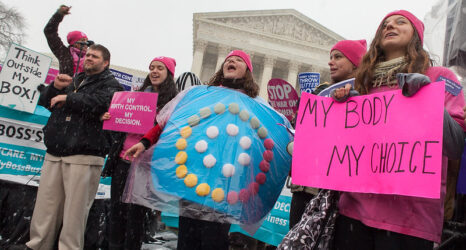 From Greater Education Access to Higher Quality of Life, The Revolutionary Power of Birth Control 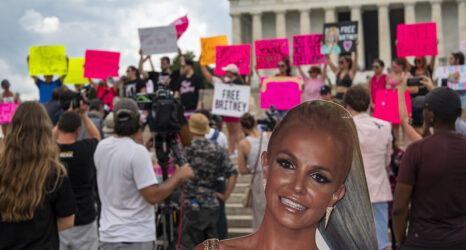 The Most Chilling Women in History You Should Know About
500 Years Misunderstood: Let Malintzin Own Her Powerful Story
“On My Back”: A Tribute to the 2021 Women’s March