Religion Must Not Substitute Science in the Abortion Debate - Ms. Magazine
Skip to content

When Gov. Greg Abbott signed Texas law S.B. 8, he provided an oft-heard reason for why the Lone Star state is effectively banning nearly all abortions: “Our creator endowed us with the right to life.”

Abbott’s religious invocation to justify Texas’s law, of course, begs the question: Whose vision of a creator, exactly? The United States is more diverse now than it has ever been. We are a country of over 330 million people who practice every major world religion, with a growing number practicing “nothing in particular.” Views on abortion vary widely, both among and within religious denominations.

All these perspectives are protected equally under the U.S. Constitution—by the Establishment and Free Exercise Clauses of the First Amendment—which together protect the fundamental right to hold religious beliefs of one’s choosing while ensuring that the government remains neutral when it comes to matters of faith.

The U.S. is more diverse now than it has ever been. Views on abortion vary widely, both among and within religious denominations.

Among the most deeply shameful moments in our nation’s history have been the legal system’s justification for brutal racism and discrimination on the basis of religion—going back to at least 1852, when the Missouri Supreme Court upheld enslavement in America in an opinion asserting, “The introduction of slavery amongst us was … in the providence of God.”

Alarmingly, we’re approaching a disturbing comingling of religion and government on the issue of abortion in several states, not limited to Texas. In a session of the Arkansas legislature this year, a state senator proclaimed, “There’s six things God hates, and one of those is people who shed innocent blood.”

A Mississippi state representative who co-authored the 15-week abortion ban being cjhallenged in the Supreme Court this term in Dobbs v. Jackson Women’s Health Organization asserted in her defense of the ban that she “believes that children are a gift from God.” Several of her colleagues in the Mississippi House of Representatives have likewise invoked their personal religious views to justify unconstitutional restrictions on abortion.

Their constituents, of course, may disagree on the morality of abortion. One need only look to the vast array of “friend-of-the-court” briefs filed in the Supreme Court in Dobbs to understand the sheer complexity and span of religious views that coexist in the United States. For example, Catholics for Choice and the U.S. Conference of Catholic Bishops put forth competing views of what it means to adhere to the Catholic faith. One group’s brief advocates for reproductive rights within the teachings of the church, while the other interprets those same teachings to portray abortion as an “unspeakable crime.”

The same goes for various Jewish organizations and religious leaders who embrace a wide range of understandings and interpretations of the role and permissibility of abortion in Judaism and have filed dueling briefs. Some Lutherans and Protestant groups have registered their support for the Mississippi ban, while some Muslim, Presbyterian, Humanist and Atheist groups want the court to strike it down.

The very problems the First Amendment was designed to avoid—public divisiveness and social conflict based on religious difference—are on full display.

Diversity of thought exists within every religion and includes those who believe their faith compels them to support reproductive rights, generally, and abortion, specifically. The late Dr. George Tiller, for example, who was murdered a little over a decade ago by an anti-choice zealot, was known to be a devout Lutheran who considered his abortion practice a spiritual calling. Another provider, Dr. Ben Brown, recently tweeted about how he believes his “work is an expression of [his] Quaker values.” Faith leaders like Rev. Dr. William J. Barber II of the Poor People’s Campaign have long supported reproductive justice as part of their religious missions, and many more have voiced their support for access to abortion in the wake of S.B. 8’s passage.

The late Dr. George Tiller, who was murdered over a decade ago by an anti-choice zealot, was known to be a devout Lutheran who considered his abortion practice a spiritual calling.

Lawmakers and political leaders who tout religion-based rationales for abortion restrictions not only disregard these differing powerful convictions but aim to enshrine one narrow theological interpretation into law. Given that pre-viability abortion bans like the ones at issue in Texas and Mississippi fail to serve a clear secular purpose—they have no effect on the overall rate at which women seek abortions, are not tied to a medical determination that the fetus could survive independently, and in fact increase rates of maternal death and mortality—it is doubly dangerous for religion to be used as a proxy for policy or substitute for science.

The First Amendment gives us the right to debate the meaning of life and when it begins. But it also says that such debates have no place in our legislatures or courts of law if we are to be a society that fosters religious freedom for all. 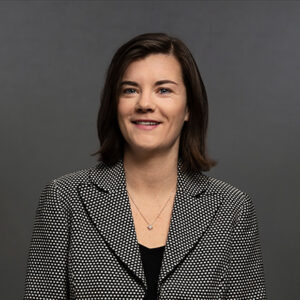 Kelly Percival is counsel for the Brennan Center where she fights for a fair and accurate decennial census and equal representation in American democracy. She has long advocated for reproductive justice, including campaigning for contraceptive coverage under the Affordable Care Act and suing the Trump administration over discriminatory rules that denied women access to birth control. She has briefed the Supreme Court on the need to curtail religious exemptions from generally applicable civil rights laws in order to promote religious freedom for all.