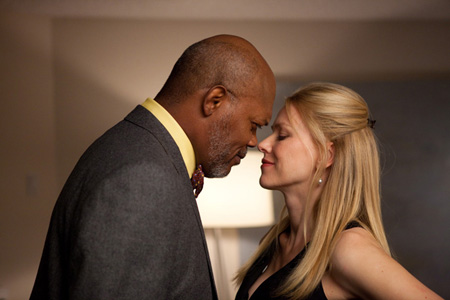 Films with multiple narratives can be hit or miss. Producer Alejandro González Iñárritu’s 2006 film Babel, for instance, left me wanting to fast-forward the other two plots to see what happened in the Japanese storyline. But González Iñárritu’s new film Mother and Child, written and directed by Rodrigo García, is a successful example of illustrating three separate yet intertwining narratives that are equally intriguing, comical and captivating. Each story reveals the heartache and joys of motherhood while focusing on the life-changing effects of adoption.

Annette Bening, Naomi Watts and Kerry Washington head the all-star cast, which includes Samuel L. Jackson and Jimmy Smits. Bening plays Karen, a 51-year-old single woman with a harsh exterior who cares for her ailing mother and works as a nurse. She gave birth at age 14 to a baby girl and signed custody over to her mother, who then gave it up for adoption. Now grown up, Elizabeth, a 37-year-old successful lawyer played by Watts, fears commitment, demands sexual control and is hardened by her unstable upbringing. She has affairs with her boss Paul (Jackson) and a neighbor whose wife is with child. The sex scene between Elizabeth and Paul shows her need for sexual domination by instructing him not to move, telling him when to come and rewarding him like a dog by saying, “Good boy, Paul. Good boy.”

There is also Lucy (Washington) whose infertility, combined with pressure from her husband, takes her to a Catholic adoption agency. She meets Ray (Shareeka Epps), a fiery college senior, who is six-months pregnant. Ray has already turned down several couples who have not lived up to her long list of expectations. Lucy seems to fit the mold until a day after the birth, when Ray decides to keep her baby, leaving Lucy heartbroken. But in Garcia’s world, everything happens for a reason, and it turns out that one woman’s loss is another’s gain.

The psychological drain is lightened by bursts of humor between Bening and Smits. Smits plays Paco, Karen’s new co-worker and eventual love interest, who compliments her roughness with patience and honesty. Washington’s performance as an intelligent, self-deprecating one-woman show also adds comic relief to an otherwise emotionally exhausting adoption process. Elizabeth, too, finds comfort in humor when she partakes in witty repartee with her blind teenage neighbor Violet (Britt Robertson) during an accidental rooftop rendezvous.

The film is an Almodovar-esque melodrama that explores the physical and emotional bonds between mothers and children. Each woman eventually learns that neither blood connections nor time spent matters in the process of motherhood, but that motherhood is achieved by letting your guard down and embracing life in all forms.