Bristol Palin Has Her Cake and Eats It, Too - Ms. Magazine
Skip to content 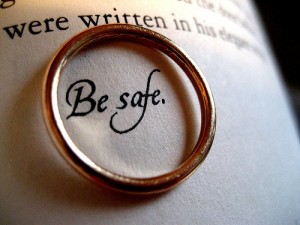 Bristol Palin, daughter of would-be president Sarah, has done it again. After her pretentious PSA that promotes a classist view of teen motherhood, she’s turned up in a rather ironic spread for Harper’s Bazaar. She’s pictured with her son Tripp, performing domestic tasks in evening wear, and giving a tea party (get it?) surrounded by a breathtaking assortment of pastel-colored cakes. I guess that’s how hockey moms roll in Anchorage.

But don’t be fooled. Raising a child is hard, especially when you have barely reached adulthood. No one knows this better than Bristol, who told Harper’s this about her pregnancy: “Great, I’m 17-years-old, I’m 40 pounds overweight with a big belly on me, all my friends are at school watching this on the news. This kind of sucks.”

The one thing that becomes blaringly obvious in her Harper’s interview is this young mother’s very affluent lifestyle. The 19-year-old is a medical assistant in a dermatologist’s office. Yet somehow she’s able to afford a closet “filled with more than 30 pairs of jeans” and “the Subaru wagon in the garage” and a “3-story gray townhouse” complete with leather couches and flat-screen TVs.

This is where the Candie’s Foundation steps in. Bristol is their Teen Ambassador, which not only makes her a desirable public speaker, but reportedly earns her as much as $30,000 an appearance. As the official face of their abstinence-mostly campaign, she helps spread the message, “Pause Before You Play.” While it suggests pausing to get a condom, it mostly encourages abstinence with slogans like “Be Smart: You Are Too Young to Start” and “Be Sexy: It Doesn’t Mean You Have to Have Sex.”

Even more frustrating than her babies-are-for-the-rich message is the fact that Bristol has yet to make the connection that abstinence-only education is dangerously ineffective and could be to blame for her current situation. Here’s what she told Harper’s about her own sex-ed:

It’s not like we sat down and were like, ‘all right, here’s the birds and the bees.’ Truly, my parents just assumed that I wasn’t doing anything. And it was a shock for us all.

So Bristol Palin was shocked that intercourse resulted in pregnancy because no one ever discussed the birds and the bees with her. And her mother was shocked because she assumed the scare tactics of abstinence-only education at school, combined with a don’t-ask-don’t-tell-style-policy at home, would keep her daughter pure. What’s really shocking is that neither mother or daughter find that championing abstinence-only after-the-fact is even remotely hypocritical.

Mom is just plain proud of her girl, doncha know:

We’re very proud of her for taking responsibility. It’s not an easy road, but it’s the right road. Decisions were made and we can’t unwind those decisions. Consequences are being dealt with.

Consequences like babies and other stuff–some of which is lucrative and platform-building! Bristol Palin, now seemingly a spokesmodel for “secondary virginity“, has somehow earned her stripes as a political commentator as well. Here’s how she feels about the Obama administration:

I think he is making more Americans become dependent on government, and he’s acting like government can and should take care of everyone. That is completely contrary to what made America a great nation. We should be expected to take responsibility for ourselves.

You know, like she does. One inflated speaker’s fee at a time.