Femicide May Be Grounds for Asylum - Ms. Magazine
Skip to content 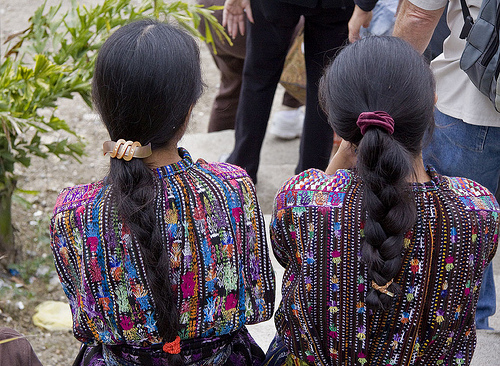 Do you remember the core principle that emerged from the 1995 Beijing World Conference on Women? Women’s rights are human rights. Hillary Clinton gave her famous speech, we saw it on banners and we heard these words chanted in many languages. On July 12, the 9th Circuit Court of Appeals in San Francisco put this principle into practice in the case of Lesly Yajayra Perdomo.

Perdomo, a Medicaid account executive in Reno, Nev., grew up in Guatemala and followed her mother to the U.S. in 1991 when she was 15 years old. In 2003, the INS tried to deport her and she applied for asylum, arguing that she feared persecution if she were forced to return to Guatemala. Her fear was based on the high murder rate of women in Guatemala and the government’s failure to do much about it. According to Hasting Law School’s Center for Gender and Refugee Studies’ 2010 femicide report, 4,000 Guatemalan women and girls have been killed in the last decade and the government has successfully prosecuted fewer than 2 percent of the killers. In a surprising decision, the 9th Circuit ruled that Perdomo is eligible to apply for asylum.

The Immigration and Nationality Act allows asylum for people persecuted because of religion, political belief, race, nationality or particular social group. Gender is not an explicit basis for asylum under U.S. law. However, advocates have argued that women who are subject to gender-based violence should be eligible for asylum as a “particular social group.” Courts have granted asylum to women fleeing domestic violence, female genital cutting, honor killing, forced marriage and widow abuse. At the end of last year, an immigration judge granted asylum to Rody Alvarado, a Guatemalan woman who had a history of extreme abuse by her husband and who feared he would kill her if she returned to Guatemala. The Perdomo decision follows and expands this line of reasoning.

Lesly Perdomo’s case builds on the idea that women’s rights are human rights by asking the government to take gender-based harm as seriously as it takes harms based on political belief, race, nationality or religion. The Perdomo decision is revolutionary in its implicit recognition of a state’s responsibility to remedy violence against women. Of course rather than requiring women applying for asylum to perform legal acrobatics to qualify as a “particular social group,” Congress could just amend the law to explicitly allow asylum for people persecuted based on gender. But that’s not likely to happen.

Perdomo still has an uphill legal battle to actually win asylum, but her victory last week creates an important legal precedent that will be used not only by Guatemalan women but by women from other Central American countries, such as El Salvador and Honduras, which also have high rates of violence against women.

By the way, don’t miss the irony behind the U.S. granting asylum to women fleeing violence in other countries while we often refuse to enforce our own laws protecting female victims of violence—remember the Supreme Court’s 2005 decision in Castle Rock v. Gonzalez?

Above image of women in Guatemala from Flickr user Marlin Harms under Creative Commons 3.0