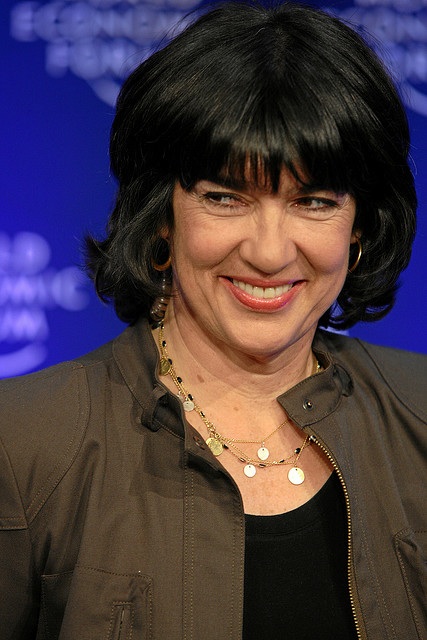 For the third time since March, The Washington Post has published comments by TV critic Tom Shales that reek of xenophobia, with a whiff of misogyny to boot. This time he’s after Christiane Amanpour, who one week ago, began her gig as the first woman host of ABC-TV’s This Week.

Shales is incensed that a “globe-trotting Fancy-Pants” got the host gig. He believes that a foreign correspondent such as Amanpour is not well-enough qualified for the job because she is experienced in foreign, not domestic, affairs, so could not possibly comprehend the nuances of inside-the-beltway happenings.

Shales’ readers are supposed to believe that a woman who can talk intelligently about the rest of the world cannot possibly do a decent job hosting a Sunday morning talk show. I find that a rather poor argument considering that talk-show news is condensed and, I would argue, dumbed-down into soundbites. Perhaps Shales’ problem is that the erudite Amanpour is not dumb enough for the job? If so, I side with Paul Krugman: As he pointed out in his blog, Amanpour is exactly what the Sunday morning TV lineup needs–someone from outside the self-obsessed incestuous beltway media club to finally ask some real questions.

Revealingly, Shales’ agreed with “ABC insiders” that either of two DC media establishment insiders would have been better for the job: ABC White House correspondent Jake Tapper and “Nightline” co-anchor Terry Moran. Is it coincidental that both are men? Probably not, considering his remarks on a Live Chat with readers back in March, in which he said: “ I think Cristiane is one of the most overrated and hyped personalities of our day… Neither you nor I has stooped to mentioning that hair of hers—yipe….” (This comment has since been taken down from the Post’s website.)

In another section of the chat, he wonders “if ABC is really going to revise the show or if they aren’t going to try to turn Amanpour into Little Ms. Politics.” Does Shales have a problem with a woman–who might be, gasp, a feminist!–taking what has historically been a (white) man’s job? And she’s no All-American Girl to boot! After referring to her as a “globe-trotting fancypants,” Shales called her “Grand Duchess Amanpour,” no doubt referencing her upbringing in Great Britain and Iran.

In his review of Amanpour’s show, Shales also took issue with the fact that:

During the roundtable portion of the show–from the beginning, This Week‘s centerpiece and best feature–Amanpour didn’t stick to discussing news of the week with the show’s estimable, exceptional panelists, among them George F. Will and Donna Brazile, but instead brought in a foreign journalist seen earlier in the program, Ahmed Rashid (momentarily stationed in Madrid), for his views via satellite.

Shales saved the best for last, attacking Amanpour for remembering everyone who has died in Afghanistan and Iraq, not just American troops.

Perhaps in keeping with the newly globalized program, the commendable ‘In Memoriam’ segment ended with a tribute not to American men and women who died in combat during the preceding week, but rather, said Amanpour in her narration, in remembrance of ‘all of those who died in war’ in that period. Did she mean to suggest that our mourning extend to members of the Taliban?

How low. How laughable. He may as well have accused her of “not loving our freedom.”

Does it really matter in the end? Shales’ attacks on the much-respected Amanpour use rhetoric that the Post’s readers might expect from Glenn Beck’s twitter feed, not from the pages of one of the nation’s most prestigious newspapers.

Madeline Friedman is a former newspaper reporter and recovering political junkie who lives in Brooklyn. She has an M.A. in International Relations and Communication from La Universidad Complutense de Madrid. She grew up in San Juan, Puerto Rico and Washington, DC and still reads her hometown newspapers every day.