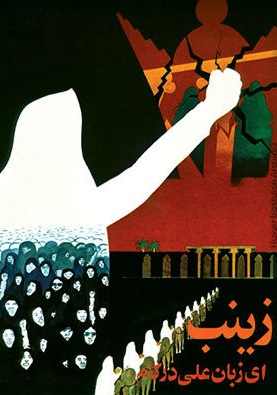 This week, the Iranian woman facing stoning allegedly “confesses” on state-run TV; the Taliban executes a pregnant Afghan widow; a gay Jamaican man is granted asylum in Canada; and a maternal health hotline in Pakistan offers some questionable recommendations.

IRAN: Amidst international media coverage condemning the stoning sentence of Iranian woman Sakineh Mohammadi Ashtiani, Iran remains steadfast, even releasing media coverage of its own. In a televised interview on Wednesday, a woman who claimed to be Ashtiani–The Islamic Republic of Iran Broadcasting blurred her face, making it impossible to verify her identity–admitted to plotting her husband’s murder with his cousin, her alleged lover. Houtan Kian, one of Ashtiani’s lawyers, informed The Guardian that she was “severely beaten up and tortured until she accepted to appear in front of camera.” The broadcast suggests he worries that her death sentence will soon be carried out.

AFGHANISTAN: Equally senseless violence has taken the life of Sanam Gul (also known as Bibi Sanubar), a 35-year-old pregnant Afghan widow. Convinced that Gul was having an extramarital affair–and using her pregnancy as sole evidence of it–the Taliban kept Gul in captivity for three days, issued 200 lashes, and shot her to death in a public trial. As the Taliban continues to terrorize local populations, a U.N. report shows that since January, their tactics have killed over 2,400 Afghan civilians.

JAMAICA: In happier news, Marlon Cunningham, a gay Jamaican, has been granted refugee status in Canada. Institutionalized homophobia in Jamaica is well-documented; Cunningham, who was active in the gay Jamaican community and celebrated his union with another Jamaican man in July 2009, would have faced “cruel and unusual treatment or punishment if returned to Jamaica,” the Canadian Immigration and Refugee Board ruled.

PAKISTAN: A maternal health hotline run by Aware Girls, a NGO that aims to promote activism and leadership among the young people of Pakistan’s North West Province, was launched with good intent. However some health experts are concerned because hotline staffers are recommending the use of misoprostol to induce at-home abortion. Approved by the World Health Organization to treat and prevent gastric ulcers, misoprostol can also induce miscarriage. Zulfikar Bhutta, pediatrics department head at the Aga Khan University Hospital (AKUH) in Karachi and co-chair of The Countdown to 2015 Initiative, a global advocacy group that aims to track progress in newborn, maternal and child health, worries that by recommending the drug’s illegal use, the hotline will adversely affect the reputation of the drug and limit its official function: a means to reduce the risk of post-partum hemorrhage. Still, in a country without clear abortion laws, where public hospitals are often reluctant to perform the procedure and gender norms prevent women from openly seeking them, Aware Girls and supportive groups like international coalition Women on Waves wager that misoprostol is still the safest option.

ABOVE: Poster from the Iranian Revolution of an Iranian woman smashing the Shah’s crown, courtesy of Flickr user Voyou Desoeuvre and CC 2.0