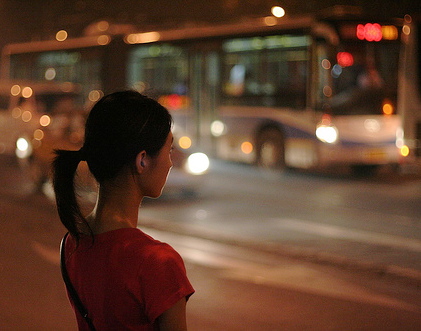 This week, ‘fake virgins’ are the next big thing in China; gender equality becomes an economic necessity in Southern Europe; women suffer most from Japan’s economic recession; Bangladeshi prostitutes are given much-needed recognition; and Indonesia launches a women-only train line to fight sexual harassment.

CHINA: A growing number of women in China are undergoing hymenoplasty, a surgical procedure intended to create the illusion that a woman is a virgin by artificially restoring her torn hymen. Note: A torn hymen is a completely unreliable sign of virginity. Hymens are just as easily torn through activities such as horseback riding or inserting a tampon as through sex. The rise of hymenoplasty in China could be seen as an indication that a conservative core remains within the country’s rapidly changing society.

SOUTHERN EUROPE: The economies of countries in Southern Europe are suffering–literally–from machismo. The share of adult women in the paid workforce lags behind that of men by almost 20 percentage points, leaving a large number of women outside the job market. Kevin Daly, an economist at Goldman Sachs in London, estimates that fully closing the gap between men’s and women’s employment rates would lift gross domestic product (GDP) in Southern Europe by almost 20 percent–and the GDP in all countries using the euro by as much as 13 percent. (In the rest of the European Union, the workforce gender gap is 12 points, compared to 9 in the United States and only 4 in Sweden.)

JAPAN: A similar case could perhaps be made for Japan, where women are most strongly affected by the country’s economic recession. The male-dominated labor market, old-fashioned gender discrimination and the current unemployment rate of 5.3 percent in Japan combine to make women struggle economically. Despite making up 62 percent of part-time workers, women in Japan are often paid up to 30 percent less than their male counterparts. Prof. Toshiaki Tachibanaki, author of ‘The New Paradox for Japanese Women: Greater Choice, Greater Inequality’, an analysis of the Japanese economy from the perspective of women, adds that this is especially true for women returning to work after taking time off for childbirth.

BANGLADESH: In happier news, BBC News reports that prostitutes in Bangladesh have won the right to have their profession recognized on new voter ID cards. This is a significant step towards a better social status for the estimated 200,000 prostitutes in Bangladesh, as they still suffer from regular beatings and social stigmatization. The recommendation to include prostitution as a profession on the identity cards reportedly came from human rights groups.

INDONESIA: Jakarta, Indonesia’s capital city, has introduced a much-needed women-only train service on the busy route to Bogor. The service is intended to protect women from sexual harassment, as men often take advantage of the cramped space. The state-owned railway operator PT Kereta Api Indonesia (KAI) has reportedly announced that more women-only-carriages will be launched should the experiment prove effective.