Marriage, Unnatural In Every Way - Ms. Magazine
Skip to content 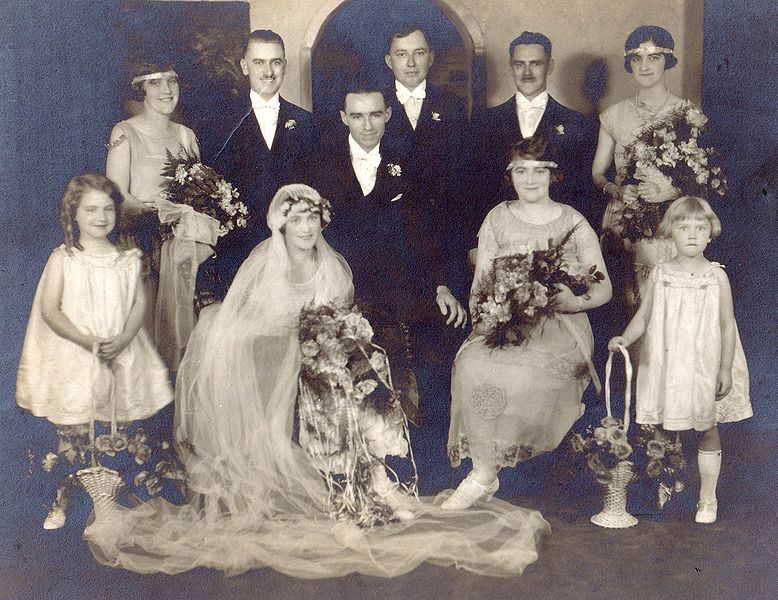 Following Judge Vaughn Walker’s decision overturning Proposition 8, the accusation that he is furthering “unnatural” marriage is being spouted so often that it is quite obviously a deliberate talking point: notably from Pat Buchanan, or a variant coming from L.A. Cardinal Michael Mahoney that “the union of a man and of a woman in a lifelong loving and caring relationship is of divine (and not human) origin.” There is certainly much to discuss in Walker’s ruling about civil rights, substantive due process, politics and strategy, but as an anthropologist the repetition of the term “unnatural” has an unremitting nails-on-chalkboard resonance for me. By way of therapy, I offer here a basic anthropology primer on just how unnatural the heterosexual conjugal couple is.

1. Let’s first cease to think of the white wedding dress, the pledge, the rice-throwing and the rest of the hoopla as some sort of timeless ideal. These wedding rituals are fashions for particular times and places, and they constantly adapt to global trends (Laurel Kendall’s book Getting Married in Korea provides some great examples). Romantic, companionate, monogamous marriage as a European ideal is a recent aspiration; shows like The Bachelor and The Bachelorette are  reminders that nostalgia for marrying into wealth and seeking extended-family approval is always popular.

2. Marriage is anything but natural; it is a cultural phenomenon, in fact the most cultural of phenomena, according to renowned anthropologist Claude Levi-Strauss–one in which humans exchange people and goods and cement their relationships with each other in deliberated acts of community. “Marriage” of some sort occurs in every culture, across all religions, but takes astonishingly varied forms.

3. What are the minimal elements of a marriage? Edmund Leach’s 1955 definition is popular, in which he suggested it is “a relationship established between a woman and one or more other persons” which signals social “legitimacy” for marital mates and children (biologically born or not) to that unit. Other important common elements of marriage are: ways of sharing labor, ways of sharing property, ways of arranging sexual access. In the modern nation-state, it also offers a slough of other economic and residential advantages.

4. Two parties to a marriage are the exception rather than the rule. According to Murdock’s Ethnographic Atlas [PDF], which surveys 1,231 societies, only 186 (about 15 percent) support marriages that can be considered monogamous and nuclear.

5. Marriage does not necessarily involve a man and a woman, or include sex. Note weddings between frogs, an auspicious event to inspire rain. There are a lot of other examples from South Asia of humans marrying trees, apples, dogs, drums and gods, in some cases to transfer anticipated bad fortune to the non-human spouse or in others as an act of power to affirm livelihood or spirituality. Many African cultures have forms of woman-woman marriage, which are not about sexual relations so much as an organization of labor, wealth and children.

We can quibble over what “natural” or “cultural” means, or whether “divine” origins come from “human” imaginations. But let’s not dispute that “unnatural” might just describe every sort of marriage, not just same-gender ones.