Use Your Power: Get Guatemala on the I-VAWA Watchlist - Ms. Magazine
Skip to content 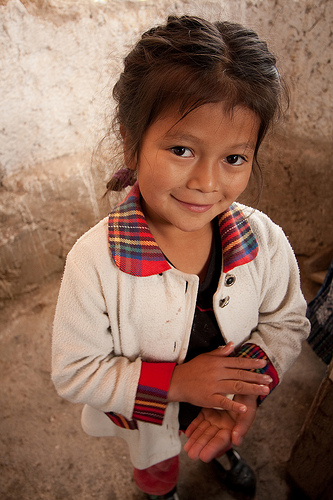 This fall, the International Violence Against Women Act of 2010 (I-VAWA) is before Congress. This legislation is groundbreaking and needs our efforts to pass.

I-VAWA presents a critical opportunity for the United States government to aid other nations in protecting, defending and empowering the world’s women. As we feminist-minded social justice activists know, it is often the case that other nations’ sociopolitical climates have been influenced by some past or present U.S. policy or action. Call it reparations, call it consciousness-raising–I-VAWA is a ray of hope for certain parts of the globe.

The law would integrate violence prevention into U.S. foreign policy and support international in-country programs. As is the cases of Haiti, Darfur, the Democratic Republic of the Congo and Pakistan, incidents of extreme violence against women and girls in Guatemala goes largely unpunished. From my own experiences in Guatemala (to be continued in other writings), I witnessed a male-dominated culture that too often views women as objects and treats them with scorn.

Guatemala is geographically size of the state of Tennessee with slightly more than 13 million inhabitants. According to the Guatemala Human Rights Commission/USA, from the year 2000 to August 2009, more than 4,800 violent murders of women were officially registered. The worst part of it all is that 99 percent of the cases remain unsolved; according to police and prosecutors in 2006, 40 percent of these gender-based murders were never even investigated.

I know I’m preaching to the converted, so no more statistics or terrible stories you already know; it’s simply time to step up. DO something about it! Urge your members of Congress to co-sponsor I-VAWA. Thank Senators Kerry (D-MA), Boxer (D-CA), Collins (R-ME) and Snowe (R-ME) and Representatives Delahunt (D-MA), Poe (R-TX) and Schakowsky (D-IL) for introducing and sponsoring the act. Ask them to add Guatemala to the short list of pilot countries to be included in the legislation. Click here, I-VAWA online action, to get going. Let’s make I-VAWA law and empower women to change their lives.