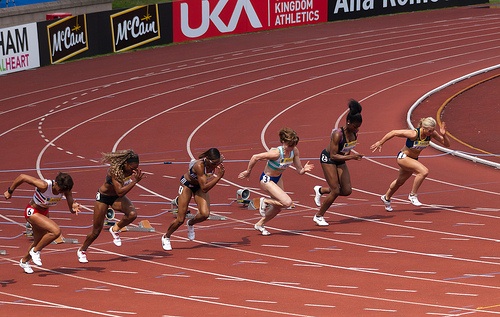 A longstanding goal of the feminist movement has been to achieve gender balance in elected office. Today, women may be more than half of the population and the workforce, but they still hold only 17 percent of the seats in the U.S. Congress and 24 percent in state legislatures. [PDF]

One explanation for this disparity is that an insufficient number of women stand as candidates for office. In their book It Takes a Candidate, Jennifer Lawless and Richard Fox reported that women tend to wait longer to run than men, choosing first to build careers and raise their families. In addition, women are less-often recruited by their political parties. So despite term limits creating more openings in many states, less women candidates are available to move into the political pipeline. [PDF]

In this election year, a few women candidates are getting a lot of attention, but the number of candidates actually running for the U.S. Congress and for state governorships has remained static. And even if this year’s women candidates win, it will be many years before the percentage of women in office increases.

To counter this trend, local and national organizations are actively recruiting women and trying to close the gender-balance gap. One of the newest efforts, designed to increase the number of women in U.S. and state legislatures, is The 2012 Project.

Created by California political consultant Mary Hughes and sponsored by the Center for American Women and Politics (CAWP) at Rutgers University, the non-partisan project takes seriously the Lawless and Fox research: Instead of recruiting young women to run to for office in 2012, its strategy is to “identify and engage accomplished women 45 and older from under-represented fields and industries.”

And why shoot for 2012? Because that’s when reapportionment in response to the 2010 census will be completed, thus creating newly designed state and federal legislative districts–which means more open seats to contest. Says Mary Hughes,

The 2012 election presents a once-in-a-decade opportunity to add significant numbers of new women to Congress and the state legislatures, and the 2012 Project aims to take advantage of it.

The 2012 Project plans to reach out to women in professions not currently represented in statehouses and Congress, including in areas of  “finance, science, technology, energy, health, environment, small business and international affairs.” Recruitment will occur at annual meetings, conventions and seminars sponsored by industry groups, labor organizations and professional associations.  By connecting women interested in running to “leadership institutes, campaign boot camps, fundraising networks and think tanks, the 2012 Project provides a road map to a successful candidacy,” says Hughes.

In past studies [PDF], the Center for American Women and Politics has affirmed that women legislators more often carry legislation that improves the lives of women and their families. And the more women who run for elected office, the more who will win and thus be able to make their voices heard in the public arena. This year marks the 90th anniversary of women’s suffrage: It’s time for women to gain equal representation in our democracy!

Susan Rose served for eight years on the Santa Barbara County Board of Supervisors and is the former executive director of the Los Angeles City Commission on the Status of Women. She is active with Human Rights Watch.