The Vagina Dialogues, Circa 1970 - Ms. Magazine
Skip to content 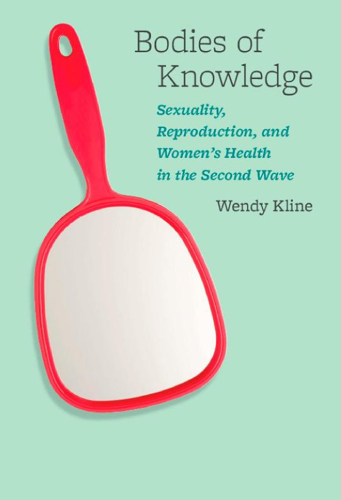 Before there was The Vagina Monologues, there were the pelvic instructors.

These women, from Boston’s Women’s Community Health Center, were radical in not only instructing medical students in female sexual anatomy but in also using their own bodies as models. Their short-lived yet highly symbolic program took place from 1975 to 1976 at Harvard Medical School. The activists had been invited in by female medical students, who were frustrated by the standard limited options of their era for pelvic models: paid prostitutes, anesthetized patients examined without their consent, or dismembered plastic dolls, resembling slabs of beef loin.

The amazing story of these instructors–and the wider history of the use of trained gynecology teaching associates (GTAs) since the 1960s –is one of five fascinating body-centric activist histories chronicled in the new book, Bodies of Knowledge: Sexuality, Reproduction, and Women’s Health in the Second Wave, by Wendy Kline, associate professor of history at the University of Cincinnati. She meticulously weaves together existing scholarship and her own exhaustive research to make connections about the early work of the women’s-health movement in the 1970s and 1980s. And it’s an absorbing read–something you may not expect from the book’s plain, understated cover.

Kline’s many archival expeditions paid off, such as in the first chapter about the evolution of the iconic body user’s manual, Our Bodies, Ourselves, which has sold millions of copies and grown to nearly 1,000 pages in length since it first was published in 130-page newsprint form in 1970 by the Boston Women’s Health Book Collective. She quotes many letters from readers that “adamantly expressed their views as to how these particular issues should be portrayed in the book.” As a result, editors revised future editions accordingly, such as reworking an existing section on sterilization and adding a separate section on sterilization abuse in a new chapter about violence against women.

Just by grouping five separate histories together in one book, Kline makes a statement that they are interconnected. Plus, she goes a step further in making direct links among them. For example, in the last chapter about lay midwives, she compares the underground activism of some to that of abortion providers from the Chicago group popularly known as Jane (the subject of my last blog post)–they all had been previously disillusioned by experiences with doctors. She adds that both Jane and the midwives also:

were the living and breathing examples promoted in Our Bodies, Ourselves. Experience, in this case, having borne their own children, made them experts.

Kline doesn’t sugarcoat these efforts, often stopping to examine the inevitable shortcomings of the movement’s fundamental goal of relying on direct personal accounts of women’s lived experiences rather than more widely accepted “scientific” data in medical journals. This became an issue in fighting the legalization of  the controversial injectable hormonal contraceptive Depo Provera in high-profile FDA hearings in 1983. Feminist activist groups were conflicted about using the extensive personal testimonials they had collected about its harm in fear of this “evidence” being cast as “too emotional.”

The activists of the women’s health movement, a separate offshoot of the wider women’s movement, also had to overcome feminist political resistance to recognizing “differences” in women’s biology. After all, this historically was the primary tool used to justify discrimination against women, such as in education and employment.  But, as Kline describes, these activists took a risk in following poet Adrienne Rich’s mobilizing call: “There is for the first time today a possibility of converting our physicality into both knowledge and power.”

[Rich] was controversial but she was right. In the 1970s, many women–some with activist backgrounds, but some with none at all–turned to the body along with the mind as an inspiration for feminist thought … thinking through the body, rather than around it.

Our Favorite Signs From the Nationwide ‘Bans Off’ Marches

Forced Pregnancy Is Involuntary Servitude, Violates the 13th Amendment
The Political Religions That Brought Down Roe
Oklahoma Passes Extreme Vigilante Abortion Ban, Nation’s Most Restrictive Yet: ‘A Reversal of History Right In Front of Our Eyes’