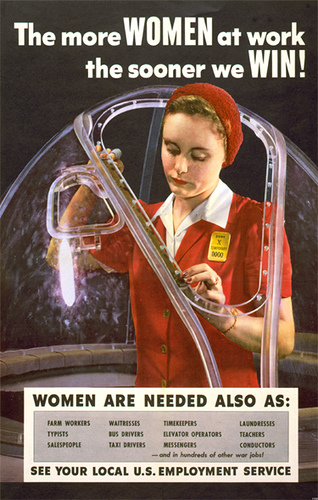 [The EWC aims] to organize strategic responses to the critical demands and intersections of contemporary society and seek new approaches to building a national grassroots movement connected to international social-change movements.

At the end of the first decade of the 21st century, millions of workers in the United States are excluded from the most basic human right: the right to organize. Either by policy or by practice, millions of workers cannot organize without facing retaliation, cannot bargain, cannot transform their workplace conditions, and cannot access basic labor protections. In short: millions of workers are robbed of dignity.

Among the hardships and disturbing facts that make up this 56-page report are the specifics relating to women workers—and the injustices that they continue to face. In 22 states, laws prevent workers from being able to organize, which has “a particular impact on people of color and women, because they are more likely to be paid less than their coworkers and are disproportionately employed in sectors regulated by the laws.” In professions like food service that rely on tips, women receive lower tips than men.

In the Fall 2009 issue of Ms Magazine, Premilla Nadasen traced the history of domestic and agricultural worker exclusion all the way back to the New Deal legislation of the 1930s. The workers were “purposely excluded [from New Deal Benefits] because Southern congressmen insisted on control over ‘their’ African American labor force.” Thus, these excluded workers were not guaranteed the minimum wage or overtime pay rights that other U.S. workers had. Nevertheless, this hasn’t prevented Domestic Workers United (DWU) organizers from creating different strategies–including New York’s Domestic Workers Bill of Rights, signed into law this past September.

With that said, women workers continue to face discrimination and abuse in the workplace, compounded by unequal wages, thanks to Congress’s failure to pass the Paycheck Fairness bill. Though the EWC has done a thorough job of rounding up and analyzing all of the elements that contribute to these inequalities and hardships, a report can only tell the story. The next step is action. It’s up to us to support the EWC and its international ally, the International Labour Organization (ILO), as they push governments for real change.