This Just In: How Women Are Faring in the Workplace - Ms. Magazine
Skip to content 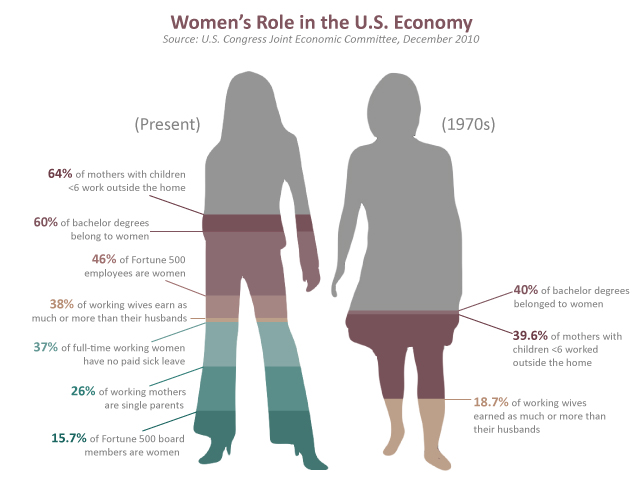 Women may have fared a bit better than men in job retention during the height of last year’s so-called “mancession,” but a new report reveals that women remain underpaid and underrecognized in the workplace—despite playing an increasingly crucial role in the U.S. economy.

The report from the U.S. Congress’ Joint Economic Committee has the usual measures of women’s economic progress–pay, educational attainment, business ownership–with the usual findings: The gender pay gap persists, and women are underrepresented in management.

But there were a few surprises:

Read the full report here [PDF] or to learn more surprising tidbits about women and wealth, check out this edition of How We’re Doing.