An Open Letter to The New Yorker - Ms. Magazine
Skip to content 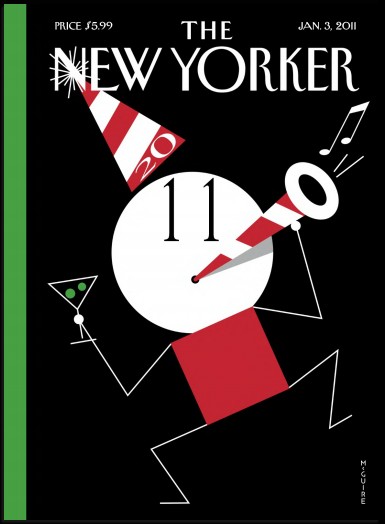 Dear Editors of The New Yorker,

I am writing to express my alarm that this is now the second issue in a row in which women have only two bylines in the Table of Contents of your print issue. The January 3rd, 2011 issue features only a (tiny) Shouts & Murmurs (Patricia Marx) and a poem (Kimberly Johnson). Every other major piece—the fiction, the profile, and all the main nonfiction pieces—is written by a man. Every single critic is a male writer.

I was already alarmed when I flipped through the Dec 20th & 27th double-issue to find that only one piece (Nancy Franklin) and one poem (Alicia Ostriker) in the Table of Contents had women’s bylines. A friend pointed out that Jane Kramer wrote one of the short Talk of the Town segments as well, though it barely placated our sense of outrage that one extra page, totaling three, out of the 150 pages in the magazine, were penned by women. Again, every critic is a man. To make matters more depressing, 22 out of the 23 illustrators for that issue are men. Seriously!

Women are not actually a minority group, nor is there a shortage, in the world, of female writers. The publishing industry is replete with female editors, and it would be too obvious for me to point out to you that The New Yorker masthead has a fair number of female editors in its ranks. And so I am baffled, outraged, saddened, and a bit depressed that, though some would claim our country’s sexism problem ended in the late ’60s, the most prominent and respected literary magazine in the country can’t find space in its pages for women’s voices in the year 2011.

I have enclosed the January issue and expect a refund. You may either extend my  subscription by one month, or you can replace this issue with a back issue containing a more equitable ratio of male to female voices. I plan to return every issue that contains fewer than five women writers. You tend to publish 13 to 15 writers in each issue; 5 women shouldn’t be that hard.

Adapted from an actual letter to The New Yorker; letter has been updated to differentiate between the print and web Table of Contents. ABOVE: Cover of the Jan. 3, 2010 issue of The New Yorker.