We Expect This from Goldman Sachs, But from Nonprofits? - Ms. Magazine
Skip to content 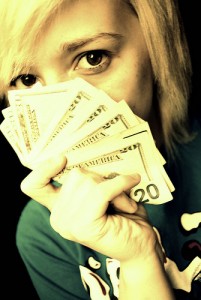 In 2005, Pittsburgh’s newspaper the Tribune-Review reported that women nonprofit executives were fleeing the state to avoid Pennsylvania’s “pink collar ghetto”–a pay gap $6,000 greater than the national gap for the nonprofit sector.

Where the executives headed is unrecorded, but if they flocked to the Big Apple to seek wage equality they’re out of luck.

According to data released in late 2010, women running New York City nonprofits experience severe pay inequalities, sometimes up to $200,000 a year. The gap is all the more startling when one considers that women constitute approximately 70 percent of the sector’s workforce. So much for finding strength in numbers.

GuideStar, a Maryland-based agency that monitors nonprofits, released the report (available for a fee on their website) after analyzing IRS data from 2008. The analysis included both small and large nonprofits, finding that the greater the organization’s budget, the greater the wage inequality.

For organizations with a budget over $5 million, women executives earned an average yearly income of $401,000—a generous salary for the nonprofit sector, but one that pales in comparison to men executives’ $621,000. That means these women earn just over 64 cents to a man’s dollar—the same wage gap their mothers experienced in the mid-1980s.

At small nonprofits, the gap was less pronounced but still alive and well: Women executives earned an average wage of $84,000 compared to men’s $100,000.

But while more women are reaching the top title-wise, the rewards aren’t commensurate with their positions and might not be any time soon.

The 2008 data represents nonprofits before the economic collapse, and Chuck McLean, GuideStar’s vice president for research, warns that the next round of numbers probably won’t reflect pay raises for either gender. He told The Chronicle of Philanthropy,

We know from our economic surveys that a lot of organizations have not been giving salary increases over the last couple of years . When I look at 2010 data two years from now, I expect that the salary data will be pretty much like the 2008 data, or maybe even be a little lower.

And so, the gap goes on.