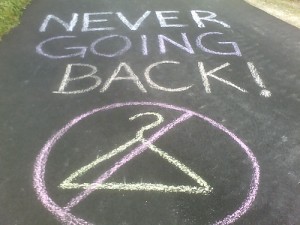 It’s obviously not enough for the Republican-controlled U.S. House of Representatives to vote to repeal health care reform; now anti-abortion, anti-family planning members of the House want to even further limit access to reproductive care for women. On Thursday, Rep. Chris Smith (R-N.J.), a longtime arch-opponent of reproductive rights, introduced the “No Taxpayer Funding for Abortion Act.” Said Smith:

Our new bill is designed to permanently end any U.S. government financial support for abortion, whether it be direct funding or by tax credits or any other subsidy.

NARAL Pro-Choice America has come up with a good nickname for this bill: Stupak on Steroids, referring to former Michigan Democrat Rep. Bart Stupak, who held up the health-care reform bill in the House in Fall 2009 and March 2010 until, eventually, a compromise was reached under which women have to “segregate” payments for abortion coverage in order so that no private insurance coverage for abortion receives any federal subsidies.

Smith’s bill would, as NPR pointed out, “eliminate tax benefits for insurance policies that cover abortion—even abortions in most cases of medical necessity.” That would make families pay more in taxes for health plans that cover abortion, make health insurers reconsider whether to provide abortion coverage, and make it even more difficult for those who rely on government support for their health care to receive abortion services if they’re pregnant from rape or incest. House Speaker John Boehner has called the act “one of our highest legislative priorities.”

And anti-women’s rights House members don’t want to stop there: Rep. Joe Pitts (R-Pa.), who tag-teamed with Stupak to create the Stupak-Pitts amendment to the healthcare reform act, will be introducing a “Protect Life Act” that he says would close “loopholes” in the health-care reform act (formally the Patient Protection and Affordable Care Act) that he claims still allow federal funding for abortions. But abortion-rights supporters say the laws would go much further.

Of course we’re not surprised that any of this is happening. As I recount in an analysis of the November elections in the new issue of Ms. magazine, 63 formerly Democratic seats are now held by Republicans in the U.S. House, giving the GOP control and enabling anti-abortion, anti-family planning Rep. John Boehner (R-Ohio) to be speaker of the House. Counting just abortion-rights voters, some 44 pro-abortion-rights members of the House were replaced with anti-abortion members.

In the U.S. Senate, pro-abortion-rights forces lost seven seats to strong anti-abortion rights voters, although the Democrats still have a majority in that body.

If conventional wisdom is true and elected Democrats are more likely to protect reproductive justice than Republicans, the news is even bleaker for abortion rights on the state legislative level. Of the 88 state chambers that were up for a vote in November, Republicans won 52, Democrats just 32 (two have an equal number from each party  and one is nonpartisan).

In the gubernatorial races–where an abortion-rights supporter can stand as the last protector of women’s rights by vetoing bad bills–Republicans picked up 11 states and Democrats just five.

At the federal level, we’re already seeing the new attacks on the rights of women seeking abortions and family planning, here and globally.

We can still expect a move to try to defund domestic family-planning clinics that also provide abortion services, such as Planned Parenthood. At the state level, we should first expect severe restrictions on abortion coverage in the state insurance exchanges set up under the federal health-insurance reform law. Five states already passed such laws in 2010 and dozens more introduced bills to do so. And don’t be shocked to see family-planning funds cut from state budgets, as has already happened in New Jersey (they were later restored, but cut by nearly a third).

Was there any upside to the midterm elections in terms of reproductive rights?

Well, we may have fewer Democrats in office, but those who remain are far more likely to support women’s reproductive health. And, in fact, abortion and family planning played a large part in the 2010 elections–even if the media and the Democratic Party didn’t realize it. In several key close races, it made the difference between winning and losing.

In Colorado, Democrat Michael Bennet won his Senate seat after attacking his opponent’s opposition to abortion. Similarly, in Nevada, Democrat Harry Reid pulled ahead in his race against Sharron Angle after he started attacking her extremism on issues such as her opposition to abortion even after rape or incest. Sens. Patty Murray of Washington and Barbara Boxer of California also prevailed after attacking their opponents’ stance against abortion rights.

Conversely, in two other states (Pennsylvania and Wisconsin) where abortion-rights Democrats failed to significantly highlight their opponent’s stance against family planning and abortion rights, they lost.

We will be fighting for our reproductive lives over the next few years, without a doubt. And if we don’t win the battle for accessible and affordable reproductive health care, poor women will bear the brunt, both here and abroad. The lines have already been drawn; it’s time to stand up for our rights.

To read the rest of my article, “Abortion Rights on the Line,” pick up a copy of Ms. magazine, on newsstands January 25, or join the Ms. community and have the magazine delivered to your door.