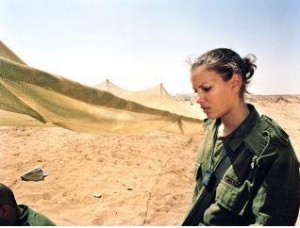 Seventeen veteran and active-duty service members who were raped, sexually assaulted or harrassed while serving their country announced today that they have filed a groundbreaking class-action lawsuit against former Defense Secretary Donald Rumsfeld and current Secretary of Defense Robert Gates. They charge the Department of Justice leaders for failing to prevent, investigate and prosecute the crimes.

Attorney Susan Burke will represent the plaintiffs. One of those plaintiffs lamented at today’s Washington, D.C., press conference announcing the suit,

I’m still coping. The VA refused me care—even for my broken jaw. Susan’s office has been my biggest supporter, letting me know I’m not alone.

As Burke herself said in Ms. magazine’s Spring 2010 article by Natalie Wilson, “Culture of Rape,” “You shouldn’t have to be raped in order to sign up and serve your country.”

The military’s systemic failure to protect service personnel is a stunning injustice. At least one-third of all women veterans experienced rape or sexual assault during their service, according to a 2003 study by the Veterans Affairs Medical Center, a figure nearly twice that in the civilian world. After their assaults, they often find themselves with little recourse, suffering in silence. While the U.S. military formed a task force on sexual assault in 2005, prevention strategies have had little success and the numbers of reported assaults have risen.

“There is no question that [sexual assault of women personnel] injures the victims, their families, the military and all of us,” said Eleanor Smeal, president of the Feminist Majority Foundation, who also spoke at the press conference. Added Anuradha Bhagwati, executive director of Service Women’s Action Network and a former Marine captain,

American youth should not sacrifice their right to bodily integrity when they step forward to serve our nation. They bravely and honorably volunteer to wear the uniform with the understanding that they may make the ultimate sacrifice. That is enough to ask of them.