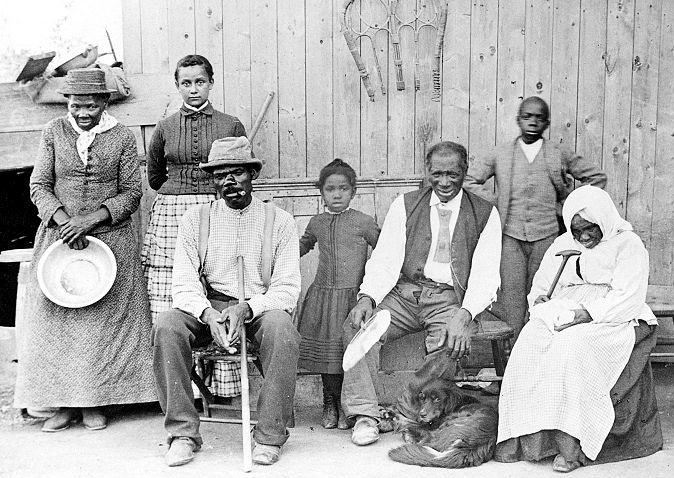 From the field and slave cabin to the Confederate White House, Black women took an active role in assisting the Union military in winning the Civil War. Contemporaries recognized their service, and on the occasion of the upcoming 150th anniversary of the start of the war (April 12) and the close of Black History Month today, it’s a good time for us to recall and recognize it as well.

A story appeared in the Northern journal Harper’s Weekly in 1864 describing how Southern Blacks were assisting Union soldiers who escaped from prison camps. An illustration which accompanied the story featured a Black woman hiding ragged, injured Union soldiers. Such Northern assertions were joined by those of Confederate General Robert E. Lee who declared that southern Blacks were the “the chief source of information to the enemy.”

In fact, Southern Black women operating as spies, scouts, couriers and guides were willing and able to offer enormous support to Union military personnel and operations. With a deep devotion to a war which they pushed to be one of emancipation, and often relying upon Southern prejudices which ignored the intelligence of Black women, they were able to provide invaluable covert assistance to the Union military.

The activities of Harriet Tubman are a case in point. Tubman returned to the South early in the war to assist liberated slaves in Port Royal, South Carolina. By 1863, serving as a scout for the Union, she would don disguises and lead local Blacks in dangerous missions behind enemy lines to gather information on rebel troop location, movements and strength. She even accompanied, and by some accounts led, troops under Colonel James Montgomery in daring raids into enemy territory which destroyed thousands of dollars worth of Southern property and liberated hundreds of Blacks from plantations.

Other intelligence work involves Black women working as domestics. The story of Mary Elizabeth Bowser [PDF], less well-documented than Tubman’s but no less intriguing, is a fascinating tale of a brilliant woman who worked with an urban spy ring in the Confederate capital said to be “the most productive espionage operation” in the Civil War.

Bowser is said to have had a photographic memory. When she assumed the identity of an illiterate slave women and found a place as a house servant in the Confederate White House, she was able to gain access to lists of troop movements, reports on the location of Union prisoners, military strategies and treasury reports. She passed the information along to Union forces until she was discovered and fled Richmond near the end of the war.

And finally, there was Mary Touvestre [PDF], a free Black woman working for a Confederate engineer in Norfolk, Va., who overheard plans for building the C.S.S. Virginia. After obtaining a copy of the plans, she daringly crossed enemy lines to take this information to Secretary of the Navy, Gideon Welles, which caused the Union to crank up construction of its own ironclad warship, the U.S.S. Monitor.

After the war, the brave exploits of these Black women spies were mostly forgotten, whether from prejudice, loss of records or desire for anonymity. They certainly don’t need to remain hidden any longer.

Image of Harriet Tubman with rescued slaves from Wikimedia Commons

Student Activists Are Breaking the Silence on Period Poverty
Before Roe v. Wade, the “Janes” Gave Desperate Women a Safer Choice (Fall 2018)
Texas’s Abortion Ban Is Already Causing a Brain Drain in the State. Will Companies Speak Out?