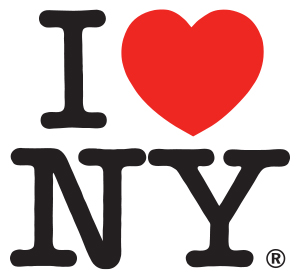 The battle against crisis pregnancy centers’ (CPCs’) deceptive tactics rages on, and this time New York City has joined the fight. The City Council passed a truth-in-advertising bill on Wednesday in order to combat about a dozen CPCs that are currently operating in the city. The bill’s passage comes after a federal judge struck down a Baltimore truth-in-advertising law under the First Amendment; however, sponsors of the New York bill believe their approach will survive judicial scrutiny.

The New York bill will require what it refers to as pregnancy services centers:

to inform clients that women who are or may be pregnant are encouraged … to consult with a licensed medical provider. Additionally, Pregnancy Services Centers will be required to disclose whether they do or do not:

• provide or refer for prenatal care;

• provide or refer for abortion; and

• provide or refer for emergency contraception.

The City Council defines a pregnancy services center as one that provides ultrasounds, sonograms or prenatal care, or has “the appearance of a licensed medical facility” despite not being licensed by the federal government or the State of New York “to provide medical or pharmaceutical services to women.”

CPCs are notorious around the country for using deceptive tactics to mislead women into carrying pregnancies to term, often opening near clinics that do offer abortions and being funded by anti-abortion groups and religious organizations. Staff members dress in medical uniforms, lead patients to examining rooms and perform ultrasounds–often without a licensed medical provider on site. The New York City Council heard several women testify to being personally harmed by the deception of the centers. In some cases, women were even told they had seen a medical professional when that was not the case.

“I read about these centers in other cities and thought we couldn’t possibly have them in New York,” Councilmember Jessica Lappin, the bill’s sponsor, told the Ms. Blog. “But then I called a friend at Planned Parenthood and saw research on the centers, and it became very clear that they were dangerous.”

Lappin worked with abortion rights advocates as well as the New York Civil Liberties Union to draft the bill. She says that CPCs have a clear record of the harm they cause and she feels very confident the bill was drafted “in a way that will stand up in court.”

“This does not impact free speech,” Lappin explains. “In this country, you have the right to believe and say whatever you like, but you do not have the right to do it while wearing scrubs in a room that looks like a medical facility.”

The bill passed with a vote of 39-9 and Mayor Michael Bloomberg is expected to sign it into law.