From the Triangle Fire to Wisconsin, Rights for Women Workers - Ms. Magazine
Skip to content 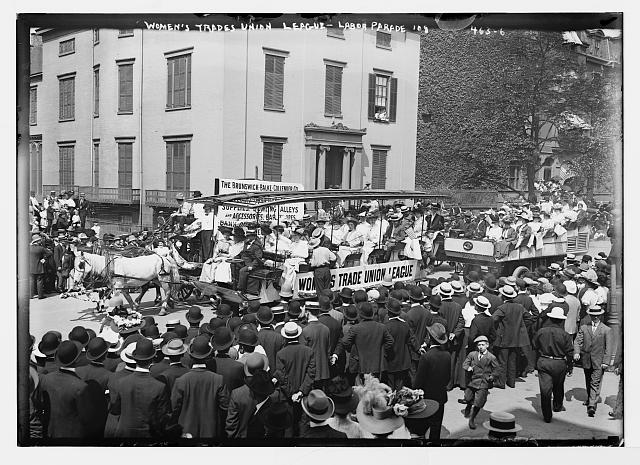 For Women’s History Month this year, thousands of people around the country are commemorating the 100th anniversary of the Triangle Fire.

On Saturday, March 25, 1911, flames engulfed a sweatshop just off of Washington Square, in New York City, where women’s shirtwaist blouses were made. One hundred and forty-six workers, mostly young Jewish and Italian girls, were burned to death by the fire or jumped to their deaths to escape. Doors were locked and the fire ladders couldn’t reach the top floors of the burning building.

Women died at their sewing machines, but they didn’t have the right to vote in elections. The fire was an historic turning point for the country. The movement for social justice took on new urgency. Workplace safety legislation became a reality, the union movement gained momentum, and eventually women won the right to vote.

March is a time to celebrate the progress that women have made since the Triangle Fire, but there is also reason to pause and consider the fight that continues. We need only turn to Wisconsin. Governor Walker’s outright attack on unions is, indeed, a fundamental attack on working women. According to the Bureau of Labor Statistics, over half of state workers and 61 percent of city workers are women. Thirty-one percent of state workers and 42 percent of local government workers belong to unions. They earn better wages than those who are not union members and the pay gap between women and men is smaller among union members.

We can learn from Eleanor Roosevelt, who believed that all workers had a right to a voice at work.

When teachers went on strike in New York City in 1962, shortly before her death, she wrote that there was no “method of complaint and adjustment that could take the place of collective bargaining with the ultimate possibility of a strike.” She concluded that “Under the present set-up teachers have no other recourse but to strike to draw attention to their legitimate complaints.” Female public employees in Wisconsin followed Roosevelt’s advise and joined unions.

Governor Walker should listen to Eleanor Roosevelt. He would learn that his time might be more productively spent cooperating with the women who teach our children and care for the sick and meet the needs of the public everyday. He could learn to solicit their ideas on how to improve services and reduce costs, then negotiate solutions. Wisconsin government could be a model of a democratic workplace, rather than a leader in an effort to dismantle workers’ rights. The women of Wisconsin are joining the spirit of their sisters in the Triangle Fire and they are fighting back. They need our support. As Eleanor Roosevelt said, “We can’t just talk, we have got to act.”

Sign the petition below to support Wisconsin’s women workers.

Excerpted from New Deal 2.0, with permission.