Let's Talk About "Choice" in the Sciences - Ms. Magazine
Skip to content 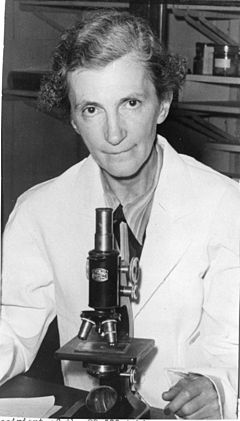 So read the headline that summed up a few weeks of articles, blog posts and opinion pieces about  Stephen J. Ceci and Wendy M. Williams’ article “Understanding current causes of women’s underrepresentation in science” in Proceedings of the National Academy of Sciences. And that’s the conclusion I would come to as well, if I didn’t understand that you can’t examine the issue of underrepresentation of women in the sciences by comparing women and men with equal resources. Because part of the issue with the lack of women in the sciences is that resources are not distributed equally.

It’s the last day of Women’s History Month and women in the sciences tend to receive a lot of attention during this month. First Lady Michelle Obama mentioned the shortage of women in the sciences and the Smithsonian Channel included comic books in their Women in Science programming this year. If it were that easy to solve this issue–which I’ve spent 15 years studying and working on–I’d pack it up and move on to a new puzzle.

But let’s look at the “choices” Ceci and Williams claim are at the root of the issue:

If not discrimination, what is the cause of women’s underrepresentation? Today, the dearth of women in math-based fields is related to three factors, one of which (fertility/lifestyle choices) hinders women in all fields, not just mathematical ones, whereas the others (career preferences and ability differences) impact women in math-based fields. [1] Regarding the role of math-related career preferences, adolescent girls often prefer careers focusing on people as opposed to things, and this preference accounts for their burgeoning numbers in such fields as medicine and biology, and their smaller presence in math-intensive fields such as computer science, physics, engineering, chemistry and mathematics, even when math ability is equated. [2] … Regarding the role of math-ability differences, potentially influenced by both socialization and biology, twice as many men as women are found in the top 1 percent of the math score distribution (e.g., SAT-M, GRE-Q). [3] … The third factor influencing underrepresentation affects women in all fields: fertility choices and work-home balance issues. However, this challenge is exacerbated in math-intensive fields because the number of women is smaller to begin with. [Numbers in brackets were added by me.]

Let’s take these one at a time:

1. Career choice. Girls just like working with people better. I’ve wrestled with this issue for years. I almost bought into it, too, at one point, but I came to a different conclusion. Parents, educators and career/college counselors are terrible at teaching kids, boy and girls, what “good” comes from math-based careers such as computer science and engineering. For the most part, I would agree that women are attracted to careers that appear to benefit humanity. It’s easy to see that connection when one looks at medicine and biology, especially with the abundance of shows every night on TV about doctors saving lives. The CSI franchise is moving that view towards chemistry. Now to work on computer science! Which is why I love that my campus has a good number of women faculty members in the computer science department.

2. Are we really going to revisit the Larry Summers debate? Really? Do I need to state again that one does not need to be a genius to be a rocket scientist? Yes, smart … but if we restricted math-based careers to just the top 1 percent, I think we’d have a shortage of computer scientists. Oh, wait, WE DO!

3. The fact that fertility coincides with the tenure clock is discrimination. It impacts women far greater than it does men. The fact that the academy has dragged its feet about altering the tenure system to retain intelligent women in all fields is, at bare minimum, biased towards a masculine way of promoting workers. It thus smells like discrimination.

We can no longer hide behind the idea that women choose to do X when all the social forces in her life are choosing X for her. When we settle the question of inequality with “but women choose” we let ourselves off the hook and place the entire burden on individual women. When we don’t encourage our girls to embrace their intelligence, we choose for them. When we tell them that being an engineer isn’t helping humanity, we choose for them. When a woman faces the “choice” between buckling down to get tenure versus starting her long-awaited family, we choose for her.

Until women and girls can truly make free choices, we must look hard at the system we operate in and ask, “What is wrong? Where can we help women make the choice they really want versus the choice that seems to fit best?” Now the former, that’s a choice I can stand behind.