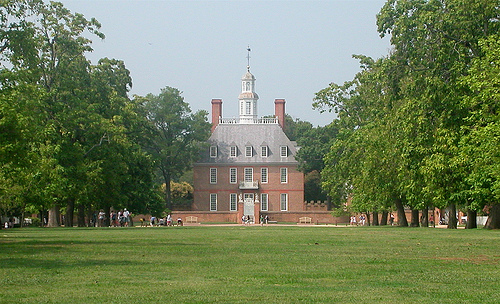 When I was a sophomore at a small, liberal arts college in the Pacific Northwest, I wrote an article in the campus newspaper that upset some men in my dorm because it mentioned vandalism and harassment that had occurred there. I knew that they were upset because they broke into my room, stole my private journal and scattered photos that I kept in my desk on the drinking fountain down the hall. They also wrote “Die Amy” in marker on the wall and scrawled the words “I’m going to rape you” on the dry-erase board that hung on my door.

My first reaction to this was sheer embarrassment and self-blame. Then horror. I didn’t know what to do. I didn’t understand what was happening.

But If I could send a letter to my undergraduate self, I’d tell her to take photos of everything. Document the evidence. Don’t scrub the wall with nail-polish remover or gather up the photos before anyone else has the chance to see. I’d tell her to not feel ashamed or humiliated but outraged when her resident advisor asked to see the article and then hesitated to act, or when the university eventually told her that that they couldn’t help because she didn’t have enough proof.

A few days before the incident, I had seen some of the men in my dorm opening other students’ locked doors from the outside with a coat hanger. I saw that they were passing around my article and glaring. One of the men had posted a copy of my article on his door–the image of my face on it that had been stabbed repeatedly with a pen. But this was all circumstantial evidence. My peers remained silent, so as far as the university was concerned nothing had really happened to me.

I mention my personal story because I want to reiterate what has long been obvious to many young women: Sexual violence on campuses across the U.S. remains a significant problem, and not just for the 1 in 5 women who will be obvious victims of sexual assault or attempted sexual assault during their college years. It’s unclear how many women, like me, will face more subtle forms of violence on and off campus.

I was one of the lucky ones. I was never raped, or even touched. The boys in my dorm just wanted to teach me a little lesson. They felt that they had the right to do so. Nevertheless, the experience was degrading and damaging in its own way. When I transferred to another school at the end of the year, I told people only the partial truth that I was leaving because I wanted to save money, or because I wanted to attend a larger university. Years passed before I allowed myself to feel justified in my anger towards my university and my peers. When I look back, I’m still frustrated by my own inaction.