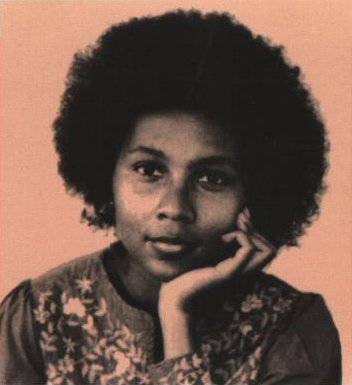 Not surprisingly, bell hooks week was a huge success. We featured writing by Janell Hobson, Amanda Montei, Courtney Young, Martha Pitts, Mako Fitts and others. We celebrated hooks’ inimitable contributions to feminism in classic works such as Feminism is For Everybody. And we wondered how she’d respond to events that define our cultural moment: the election of Barack Obama, for example, or the pop ascendancy of Lady Gaga.

But still bell hooks was staying off the radar. Was the voice we’d come to rely upon to call out “white supremacist capitalist patriarchy” now just limited to teaching students in Berea, Ky.? I called bell hooks herself to find out, and she gave me a great interview that was published in the latest issue of Ms.

But we didn’t have room for everything the iconoclastic scholar, author and visionary said–so here’s an exclusive look at what didn’t make it into the pages of Ms. (And pick up the new issue today to read the rest!)

I always say that love is a combination of six things: Care, commitment, knowledge, responsibility, respect and trust. And it’s like baking a cake. You may have all five ingredients and miss one and so your cake isn’t going to happen. I think the majority of people in the United States have a lot of care in our lives, but we don’t always have a lot of love. I think it’s important to make that distinction, because you can care about somebody Monday through Friday and abuse them on Saturday. But in the practice of love, abuse is antithetical. You cannot love anyone and dominate them, hurt them, because once you’re doing that you’ve moved yourself out of love.

On peace and violence:

I think we do not win peace through violence and what we have seen historically is that when progressive regimes come into power through violence they often do not last. They often end up corrupted by the same forces that they initially were protesting against. So in order for these revolutions to have longstanding meaning, there has to be something other than the initial moment of violent resistance.

I think the emphasis should return to the core struggle, which is the struggle for civil rights, the protection of anybody in long-term partnerships, and that should include a friend. There’s just a whole world of need out there, and need for respect for caregiving, for who does the work.

On the movie The Social Network:

I noticed when I talked with audiences about the representation of Asian women in the film The Social Network, most people said ‘Asian women, were there Asian women in the film?’ That was just really shocking! Because how could you seen that film and not know that there were Asian women in it? They were like the backdrop. … Even the one young Black woman who is a dancer, her head’s cut off and we just see her ass, so once again there’s this whole image of young, powerful white men who are going to be rich and their whole relationship to women is completely misogynist. I felt like this should make people shake in their boots but it doesn’t. People say it that was the best film of the year!

On death rights as a feminist issue:

I’m really interested in a movement for death rights. I think it’s a feminist issue because women are the primary caregivers of the sick and the dying elderly, not men. It’s a whole area in our culture of women’s labor that goes unrecognized. So many times I hear a woman say, ‘Well I wasn’t really close to my mom and dad but when they got sick there was just me,’ And I say, ‘Well what about your brothers?’ ‘Well they had other things that they had to do.’

There’s so much more on these and other issues in my interview with bell hooks, including: How Twitter forgot the middle-aged, what Lady Gaga is and isn’t and the bell hooks solution to same-sex marriage. Subscribe to Ms. today to be among the first to read this and other great feminist stories.

Photo of bell hooks from the cover of her book Feminist Theory: From Margin to Center.