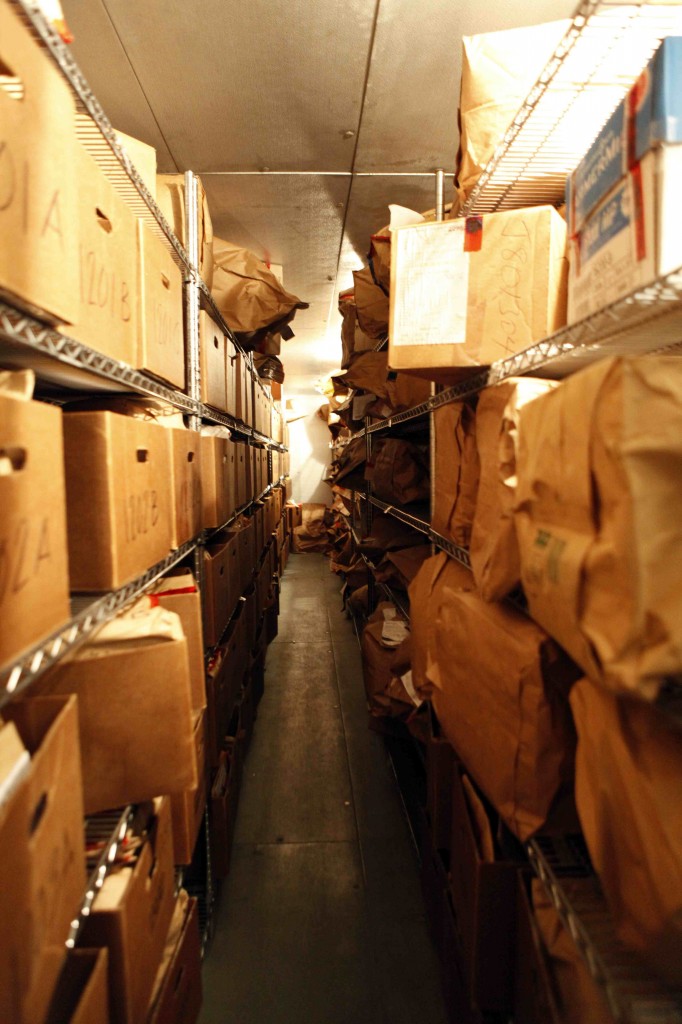 It’s estimated that hundreds of thousands rape kits lie untested in police departments around the country. A case this week shows the toll this backlog can take in women’s lives.

One rape kit that went untested was that of a Cleveland, Ohio woman who reported a brutal abduction in April 2009. She said a man had tricked her into his car from a bus stop, dragged her into his house by her hair, held her for two days and beat, repeatedly raped and drugged her.

Eventually she fought her way out of her attacker’s home and went directly to a local hospital, where DNA evidence was collected in a rape kit and then passed along to Cleveland Heights police.

There was extensive physical evidence of a brutal attack: The woman had scratch marks, damage to her scalp where hair had been ripped out, and a raspy voice “due to strangulation.” There was a detailed description of her attacker: His name was “Tony,” he drove a blue Dodge Neon, he bragged that he had been a Marine, and his house, a three-level duplex, had a terrible odor.

Yet, according to The Plain Dealer, the crime lab never received the rape kit from the police for testing.

Now, almost two years after the evidence was collected, Assistant Cuyahoga County Prosecutor Rick Bombik has confirmed that the DNA from the rape kit matches that of sex offender and former Marine Anthony Sowell. In late 2009, the remains of 11 murder victims were found in Sowell’s Cleveland home. Sowell is currently awaiting trial on charges including multiple counts of aggravated murder and kidnapping.

What would have happened if that rape kit had been tested sooner? For one thing, the lives of five women might have been spared. Five of the 11 murdered women went missing after the April 2009 attack.

This single rape kit held DNA evidence that could have helped put a convicted sex offender back behind bars, had anyone bothered to test it. Instead, an accused serial killer continued to prey on women unimpeded by law enforcement.

It’s unclear what led to the failures in this investigation. The Cleveland Heights police chief told The Plain Dealer that all rape kits are sent for testing, but the lab confirmed that they never received this one. Meanwhile, the Cleveland police department has been taken to task by the community for systematically failing to detect the murders.

Unfortunately, what happened in Cleveland Heights is not unusual. According to The Joyful Heart Foundation, the vast majority of police jurisdictions do not require that rape kits be tested. Federal government experts estimate that hundreds of thousands of untested rape kits are sitting untested in police and crime lab storage facilities throughout the U.S. And meanwhile, only 6 percent of rapists spend a day in jail for their crime. Troublingly, the majority of rapists are serial rapists who, if not caught, go on to rape again.

You can help prevent police departments from neglecting rape kits by sending a letter to the International Association of Chiefs of Police, urging their members to make testing rape evidence kits a priority.

Click here to email International Association of Chiefs of Police about the importance of rape kit testing.