Are You Supporting Saudi Women This Friday? - Ms. Magazine
Skip to content 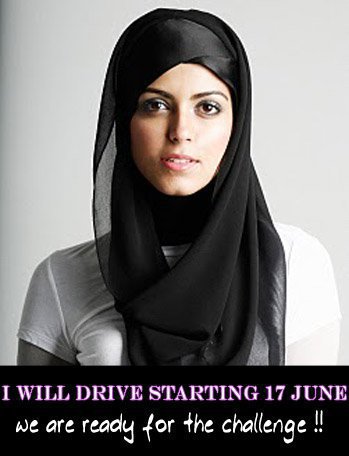 This Friday, June 17, women in Saudi Arabia will risk arrest by doing something many of us do every day: driving a car.

The Ms. editors encourage you to sign this letter to key Saudi and U.S. decision makers, sponsored by the Feminist Majority Foundation, to help Saudi women win the right to go wherever they choose, on their own.

The Kingdom of Saudi Arabia has a long history of female oppression. Saudi women cannot vote. They cannot leave the country without the approval of a male guardian. Less than 15 percent of the kingdom’s workforce is female. In the neighboring United Arab Emirates, by comparison, women make up more than half of the labor force.

And Saudi Arabia is the only country in the world where women are not allowed to drive.

When IT security consultant Manal al-Sharif posted a YouTube video of herself behind the wheel last month, her punishment came swiftly. She was arrested and held for five days. Her detention was later extended by another four days for “further investigation”–even though her 5-year-old child was in the hospital. Police also had all the evidence they could have wanted: Not only did the video show al-Sharif driving, it showed her explaining why she was breaking the driving ban.

The Women2Drive movement is organizing the June 17 act of civil disobedience. Stay up to date by following Women2Drive on Facebook and Twitter.

In addition to sending the letter, you can have a friend take a video of yourself behind the wheel and honk to show your support for Saudi women! Send your video to [email protected] The videos are posted to their YouTube channel.

Please join us in showing that the whole world will be watching when Saudi women exercise their right to drive.

In the upcoming issue of Ms., we will be reporting on the outcome of the protests and other activism by Saudi women in the face of gender oppression, including their fight for the right to vote. Subscribe now to get the Summer issue delivered before it hits newsstands.