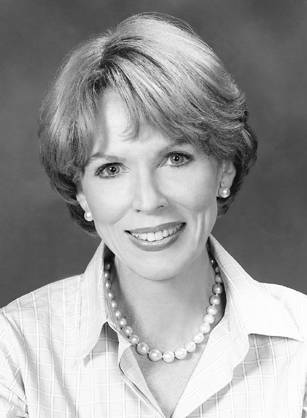 Dr. Bernadine Healy, the first woman to head the National Institutes of Health, passed away due to brain cancer on August 6th at age 67. Healy broke medical ground by creating the Women’s Health Initiative, then the largest government clinical trial of women’s health ever in the U.S. She later served as the president of both the American Heart Association and the American Red Cross.

In an email press release, Sen. Barbara Mikulski (D-Md.) recalled some of the important work they did together:

What were women being excluded from? There was the famous study ‘Take an aspirin a day, keep a heart attack away.’ They talked to 10,000 medical residents–all men, not one woman. Or the study on heart disease risk factors where they enrolled 13,000 men, but not one woman. A GAO report I requested in 1990 found that women weren’t included in the clinical trials.

At the same time, there was a stalling of who was going to lead the NIH. In the summer of 1990, Rep. Pat Schroeder (D-Colo.), Rep. Connie Morella (R-Md.), Rep. (now Sen.) Olympia Snowe (R-Maine) and I talked. We wanted women at the table to be included in the research and we wanted women at the table to do that research. We wanted to establish women’s health and health research in both the federal checkbook and in the federal law books.

We sent out a letter to schedule a meeting with the acting director of NIH to discuss women’s health research issues. We gave the date and time we would be arriving at the NIH campus for the meeting–September 10, 1990 at 10 a.m.

On that hot September day, we pulled right on up to the campus. The media was there waiting for us–TV cameras, Time magazine and others. Just as we pulled up, President George H.W. Bush announced that Bernadine Healy would be the first woman head of NIH. So we marched right into that building with confidence and energy.

Not long after she took over at the NIH, Dr. Healy called to discuss her Women’s Health Initiative. She wanted to begin a study of 150,000 women. It would be the largest government clinical trial of women’s health in the nation’s history. She said to me, “I want to do a longitudinal study on hormone replacement. I know Congress doesn’t earmark for research studies.” And I said, “Just talk to me and let’s see where it goes.”

I went to Sens. Edward Kennedy (D-Mass.) and Tom Harkin (D-IA), my colleagues on the committees that authorized and funded NIH. I said, ‘Let’s put a pot of money into the Office of Research on Women’s Health–not an earmark–and let NIH decide how to spend it.’ That led to the funding of Dr. Healy’s Women’s Health Initiative. It changed the hormone replacement treatment protocols.

That study made all the difference in the world for women. I recall speaking to Dr. Healy, as we periodically did, when there was a New York Times article that said breast cancer rates in the country had been reduced by 15 percent. I called Dr. Healy and said, ‘Did you see that? That came out of the hormone replacement study.’ I said that when the history of this office is written, and they say, ‘What did you all really do?’ I’ll say the researchers, the women in politics, the women in policy–tell them we saved lives a million at a time.

That was Bernadine’s legacy–saving women’s lives a million at a time. Her passion, her verve and her ongoing commitment to women’s health research will be missed.