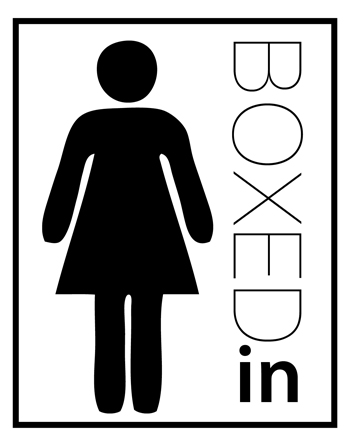 Martha M. Lauzen has done it again. The executive director of the Center for the Study of Women in Television and Film does gender audits of the entertainment industry each year, releasing stats on women’s employment behind and in front of the camera. Unfortunately, industry execs don’t seem to have gotten the message yet. Lauzen’s new Boxed In [PDF] study of women working behind-the-scenes in 2010-2011 prime-time TV gives us little to cheer about.

In short, women are grievously underrepresented among TV-makers, and it’s getting worse, not better. Women make up 51 percent of the population but only 25 percent of those working as television creators, directors, writers, producers, executive producers, editors and photography directors during the 2010-2011 season (down two percentage points from the 2009-2010 season).

The Ms. infographic below breaks down where the women aren’t. Click to view PDF: 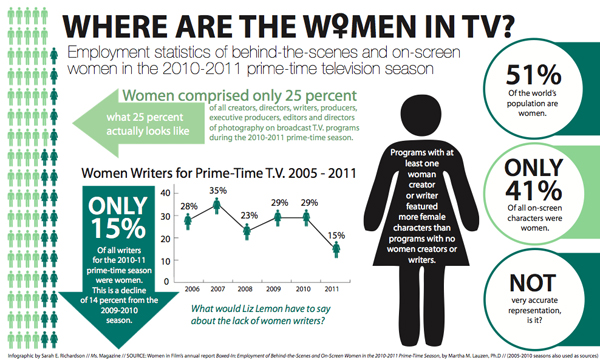 Needless to say, this is a far cry from equality. Get involved by supporting organizations working to change these dismal statistics, such as Women in Film, Women’s Media Center and Women Make Movies. 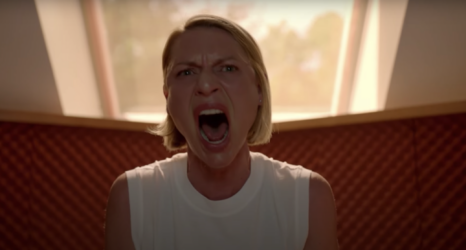