An Open Letter to Ben and Jerry - Ms. Magazine
Skip to content

It wasn’t long after the announcement of the new Ben & Jerry’s flavor before the backlash began. The conservative group “One Million Moms” has started a letter-writing campaign asking the company to stop making Schweddy Balls, claiming that:

The vulgar new flavor has turned something as innocent as ice cream into something repulsive. Not exactly what you want a child asking for at the supermarket.

This letter has nothing to do with that campaign.

I know you two guys are no longer involved with the company, but you do show up at “scoop shop” openings. And I’ve been meaning to write you for a long time to air a grievance that has been weighing on me. When I heard about your ex-company’s latest flavor I knew I couldn’t put it off any longer. Could you please pass this along to the new corporate honchos?

I’m sure you’ve been getting a lot of mail lately from people who think the name “Schweddy Balls” is vulgar. I am not one of those people. Naming ice cream after the boys in the basement is crass, but I don’t care about that. What I care about is a pattern that I first noticed six months ago when you came out with “Late Night Snack,” honoring Jimmy Fallon.

My initial reaction to the news that Jimmy Fallon was getting his own Ben & Jerry’s flavor was, “Really?? Jimmy Fallon?” Ben & Jerry’s flavors are supposed to be named after left-wing darlings and hippie icons–Jerry Garcia, Stephen Colbert, John Lennon, the dudes from Phish, Willie Nelson, Dave Matthews, Monty Python, Elton John. And then, as I recalled the people who have been immortalized in your ice cream, it hit me: They’re all white guys.

I did some research and learned that in 33 years of business you’ve released just one limited-edition flavor honoring a woman. That woman is Hannah Teter, a two-time Olympic medal-winning snowboarder and activist. And you called it “Maple Blondie.” Hold on … don’t tell me … because she has blonde hair, right? And you have never named an ice cream after a person of color, although, to your credit, you temporarily changed the flavor “Butter Pecan” to “Yes Pecan” in scoop shops to honor Obama’s inauguration and briefly changed “Chubby Hubby” to “Hubby Hubby” in Vermont scoop shops to celebrate marriage equality in the state (and featured an interracial pair of grooms on the pint).

But come on, guys, it’s 2011. And you’re supposed to be a progressive, conscientious company committed to social justice and sustainability. I know, it’s just ice cream, but you obviously take yourselves seriously. You have a whole section on your website devoted to activism. Your mission statement couldn’t be more political:

Ben & Jerry’s is founded on and dedicated to a sustainable corporate concept of linked prosperity. … We have a progressive, nonpartisan social mission that seeks to meet human needs and eliminate injustices in our local, national and international communities by integrating these concerns into our day-to-day business activities. Our focus is on children and families, the environment and sustainable agriculture on family farms.

There’s more but I’m sure you know it by heart. On your website you proudly proclaim that “Capitalism and the wealth it produces do not create opportunity for everyone equally.” That’s a pretty radical statement. And yet, your company has recognized and celebrated white men in all but one of its flavors.

The 2012 GOP presidential candidates are more diverse than the entire Ben & Jerry’s flavor collection. So was George W. Bush’s cabinet. By a lot.

Now that you’ve added Alec Baldwin and his Schweddy Balls to the list, you’ve named two flavors after an SNL hosts and a former cast member in six months. How hard would it be to come up with an ice cream named after someone from SNL who isn’t a white guy? Liz Lemon Meringue. Chris Rock-y Road. Flip Your Wiig Fudge. I just made those up off the top of my head. You get my point–it’s doable.

Ben, Jerry, I care about social justice and equality and I love ice cream. I am your target demographic. I want to believe, as your representative has been telling the media lately, that you’re “the caring company.” I know you have made significant financial contributions to many great organizations. But when it comes to the most visible actions, time after time you choose to shine your spotlight on the most privileged among us. I know you can come up with a way to make the faces of your delicious flavors more reflective of all the people who enjoy them. 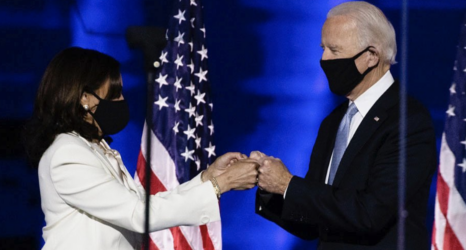 “Uplifting the Rights of Girls and Women in the U.S. and Around the World”: Biden and Harris Announce New White House Gender Policy Council 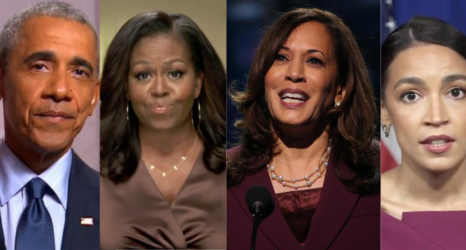