“Men act and women appear. Men look at women. Women watch themselves being looked at,” art critic John Berger famously observed. Now some feminist artists are turning the tables in a new exhibit, Man as Object: Reversing the Gaze:

With a gallery filled with men stripped naked this body of work exposes women’s cheeky, provocative and sometimes shocking commentaries on the opposite sex (which) may make the viewer squirm a little. But that is precisely the point.

The exhibit, which opens November 4 in San 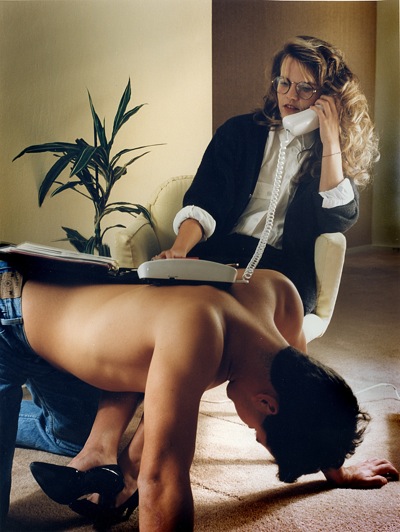 In one shot, man as object strikes a pose, buttocks pushed out, offered to us as bedroom eyes shoot a backward glance. In others, men flex in awkward positions, or bend gracefully into compliant cants. Some men turn submissively into tables. Others lie down: natural enough, yet rarely seen in art. Too sensually passive … waiting … vulnerable … or “on the bottom” for mainstream viewing?

The visions can come across as “gay,” Since sexually inviting poses are so often meant for the male gaze, on some unconscious level we may see it all through male eyes. And that is jarring, too. 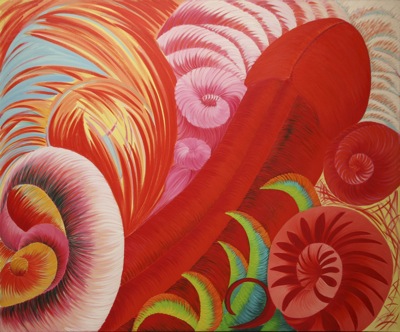 The camera zooms languidly and fearlessly in on male genitalia. Images of male autoeroticism and penises abound, including a piece called “Where’s His Head?” that depicts a giant phallus-man fondling his much smaller man-phallus. And when Pinocchio tells a lie, it’s not his nose that grows. Actual penises are rarely displayed, apparently unable to live up to what Richard Dyer called “the mystique implied by the phallus.” 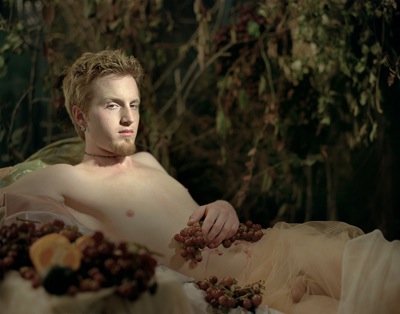 In some pieces, men are objectified in one-dimensional, controlling and demeaning ways. But sex-positive feminist photographer Shiloh McCabe explores the other side, working to ensure that her gaze does not consume or dominate. She takes a wide view, seeing those who are usually not seen. Her subjects help create their own representation so they can retain their power. “I’m not here to objectify or harm; I’m here to nurture and document,” she explains. Man as object: Rubenesque, reclining, bathing, cooking, lounging, washing up before bed. Man as Madonna, patriarchal man, veiled man, man as cowboy bunny, trans man. Blonde man in short shorts. Bodybuilder, founding father. Homeless man. Nude and vulnerable. Empowered. Bound and submissive. Striking a pose. Objectified.

So much to gaze at. And so much to see.

“In the past it was totally taboo for women to gaze upon the male, yet it was appropriate and common in the reverse,” observes artist Marian Yap. “Do you think that things are changing?”

Good question. This exhibit pushes us out of our taken-for-granted ways of seeing.

Check out a video on the exhibit:

Man as Object: Reversing the Gaze. Opening Friday, November 4th at SOMArts Cultural Center in San Francisco and running through the end of November. The show will travel to the Kinsey Institute Gallery, Bloomington, IN and will open April 13, 2012 through the end of June.

This exhibition was created by The Women’s Caucus for Art: the founding organization promoting feminist art and art as activism since 1972.

Images, from top to bottom (courtesy of SOMArts Cultural Center; all rights reserved): 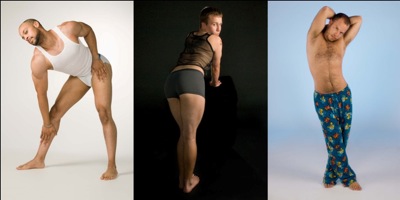