And the Pawnee Goddess Spirit Award Goes to ... the Trans-Friendly Girl Scouts of Colorado! - Ms. Magazine
Skip to content 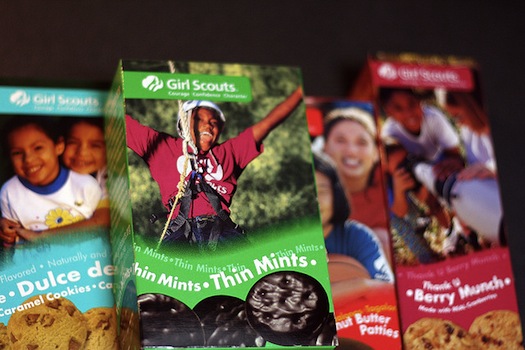 For their recent stance against gender injustice, I hereby nominate the Girl Scouts of Colorado for a Pawnee Goddess Spirit Award. What’s that, you ask? On October 13, Amy Poehler’s Parks and Recreation warmed feminist hearts with an episode about the Pawnee Goddesses, a fictional girls’ scouting group so popular that the towns’ boys petition to join. After the Goddesses debate the pros and cons of coeducation in (of course) a democratic public forum, they decide to let boys in. (For more on why the Pawnee Goddesses are so amazing, check out Claire Moshenberg’s post on Momsrising.org.)

Two weeks later, life imitated art when a Denver Girl Scout troop leader refused to admit 7-year-old Bobby Montoya, who was born male but identifies as a girl. Bobby’s mother told ABC News that the troop leader “humiliated” Bobby to the point of tears. But then came a laudable reversal of the troop leader’s decision from the Colorado Girl Scouts, who issued a statement in support of Bobby and all transgender youth:

Girl Scouts is an inclusive organization and we accept all girls in Kindergarten through 12th grade as members. If a child identifies as a girl and the child’s family presents her as a girl, Girl Scouts of Colorado welcomes her as a Girl Scout.

Today, it takes courage for a mainstream youth organization to take a public stance on what is, unfortunately, such a controversial social issue in this country. Unlike the notoriously homophobic Boy Scouts of America, Girl Scouts of Colorado exemplify the values of the Pawnee Goddesses: empowerment and inclusion. And for that reason they deserve the Pawnee Goddess Spirit Award. Or perhaps the merit badge for gender justice.

I am a Goddess.
A glorious, female warrior.
Queen of all that I survey.
Enemies of fairness and equality,
Hear my womanly roar:
YAAAAAAAAAAAH!

The Goddesses rightly recognize that anyone who identifies with those words deserves to be a part of their organization, no matter their biological sex. The Pawnee Goddesses may be a fictional feminist fantasy, but the courageous actions of the Girl Scouts of Colorado gives us hope that someday all youth organizations will welcome transgender children with open arms.

Hat tip to Kate Bigam at Jewesses with Attitude.