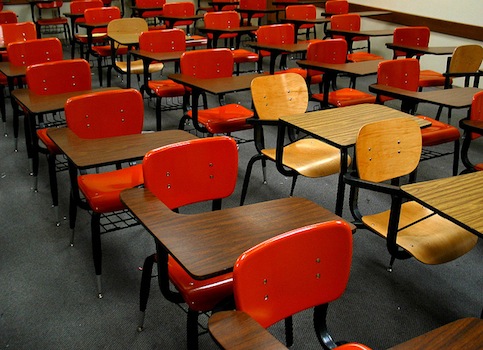 Sexual harassment allegations by four women against Republican presidential candidate Herman Cain have made the problem of sexual harassment in the workplace headline news. What many people may not realize is that such harassment is a widespread problem in middle and high schools, too.

During the 2010-11 school year, nearly 48 percent of students in grades 7 through 12 in the United States said they experienced sexual harassment, according to a new nationally representative study by the American Association of University Women (AAUW) which I co-authored. Additionally, nearly one in three students (28 percent) said they had witnessed harassment that school year.

The forms of sexual harassment most often cited by students included someone making unwelcome sexual comments, jokes or gestures; being called gay or lesbian in a negative way; and being shown or sent sexual pictures that the viewer didn’t want to see. About 30 percent of students said the harassment happened through text messages, emails and social media.

Since the report’s release, a few people have emailed us at AAUW wondering why this matters, while others have observed that the harassment is just “kids being kids” and that it is a rite of passage from childhood to adulthood. Some readers here may have similar thoughts.

We disagree. This issue does matter and it should not have to be a rite of passage. Our students, our children deserve better.

Most students (87 percent) who had been harassed said it negatively impacted their life. Common reactions to sexual harassment included feeling sick to their stomach, having trouble sleeping and having a hard time studying. 12 percent of students said they had missed days at school because of sexual harassment and four percent said they had changed schools. Students should feel safe at school, and the learning environment should not include worries about sexual harassment.

With sexual harassment dominating the news, it is a perfect time to start a dialogue with youth about the issue. Age-appropriate discussions about consent, respect, personal boundaries and bodily rights are crucial, and can begin even before middle school. These are especially important conversations to have with boys, since the majority of students in AAUW’s survey identified a boy or group of boys as their harasser/s.

Speaking with students about sexual harassment and what to do about it can make young people better equipped to deal with it throughout their lives, and hopefully it can prevent would-be harassers from harassing in school and, later, in the workplace. Discussion of sexual harassment is exactly what many students said they wanted to see happen at their schools: 31 percent of students surveyed said they wanted to have in-class discussions on the topic, 24 percent wanted schools to hold workshops and 22 percent wanted to be able to access online information.

It’s important for educators and parents to know that a similar percentage of boys and girls in seventh grade (48 percent) said they had experienced sexual harassment. Much of this harassment was sexuality-based, where students said they had been called “gay” or “lesbian” in a negative way. It’s thus clear that in middle school particularly, efforts must include dealing with the harassment that boys face, too. This need was brought home by the other big headline of last week on the related issue of child sexual abuse involving young boys.

And that’s not all.

A look at the broader picture shows that high-school age girls face harassment in many places, not just on their campuses. My research on street harassment showed that, by age 19, nearly 90 percent of women had faced sexual harassment from strangers in public places. Even more alarming, the Rape, Abuse and Incest National Network reports that girls ages 16 through 19 are four times more likely than the general population to be victims of rape, attempted rape or sexual assault. It’s crucial, then, for adults to talk to girls about not only what they may face at school but also on the streets and on dates.