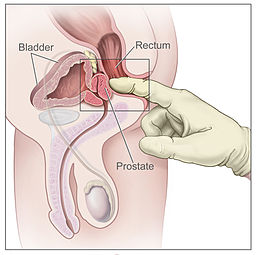 Political and cultural debates over contraception and abortion loom large in the news these days, with a notable new twist. Instead of feminists being the butt of ridicule, the tables have turned. Comedians, pundits and even legislators are satirizing the extremism and sexism of anti-woman bills by flipping the gender script. Here are some recent legislative counter-proposals by women lawmakers:

–In late January, Virginia state senator Janet Howell tacked on an amendment to the proposed transvaginal ultrasound bill requiring that men seeking erectile dysfunction medication submit to a required rectal exam and cardiac stress test at their own expense (mirroring the ultrasound bill’s mandating of an unnecessary medical procedure women seeking an abortion would have to  pay for out of pocket). The amendment failed, but only by a narrow margin of 21-19.

–In early February, Oklahoma state senator Constance Johnson, added a “spilled semen” amendment onto the state’s proposed “personhood” bill. Obviously a sardonic protest rather than a true piece of legislation, it would deem “any action in which a man ejaculates or otherwise deposits semen anywhere but in a woman’s vagina … an action against an unborn child.”

–A week ago, Georgia state representative Yasmin Neal, backed by a group of other women legislators, authored a bill proposing that vasectomies should be made illegal, also in response to legislation restricting women’s access to abortions.

It is patently unfair,” Neal writes, “that men can avoid unwanted fatherhood by presuming that their judgment over such matters is more valid than the judgment of the General Assembly, while women’s ability to decide is constantly up for debate throughout the United States.

What’s particularly smart about these legislative interventions is how they call into question the government’s ability to infringe upon the rights of an entire class of individuals based on the idea that they’re not fit to make decisions for themselves. Remarkably, faced with these inversions of their own restrictive policies, many in the anti-contraception crowd still don’t see the irony. Let’s hope, though, that most Americans do.

Part Two in a Women’s History Month series celebrating organizations and ideas that represent the future of feminism.