Future of Feminism: Music To Our Ears - Ms. Magazine
Skip to content 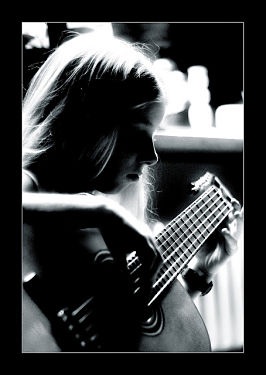 For every little girl who grew up fantasizing of becoming a fairytale princess, there was another who dreamed of being a rock ‘n’ roll queen.

Thankfully, there are organizations popping up across the country who help girls explore such musical dreams, the Institute for Musical Arts (IMA) in Western Massachusetts being one of them. Founded in 1987, IMA is most known for its Rock ‘n Roll Girl’s Camp, a place where young women can “access their authentic creativity in a safe space … infiltrate the music industry (the world!) from within as it changes so vastly, and [gain] a sense of courage in knowing that they are not alone.”

In the male-dominated music industry, IMA provides not only a support system but the skills and tools to help budding rock ‘n’ rollers venture out into the world at large. Not only do they learn to play instruments and perform, but to arrange and “chart” music and engineer a recording studio.

Founding member June Millington (of Fanny, the first all-woman rock band to be signed by a major label) sums up why places like IMA are so essential for the lives of many young girls:

This is not fluff. It is powerful. People have an idea that rock ‘n roll girls’ camps are a luxury. They are not. The girls are forming a new sisterhood, learning how to work together in rhythm, and the self-esteem, confidence and pride they develop from within–with the help of staff, a barn full of equipment and the fact that in a very real way we hold this space for them (and those to come)–holds the key to our future.

This summer, IMA will celebrate its 25th anniversary with a day-long music festival called “Lady and the Amp: Celebrating a Decade of Girls Rockin’ the Summer.” It will feature many of the amazing young artists who have attended IMA’s summer programs over the past ten years. Here’s the sort of talent you might see: