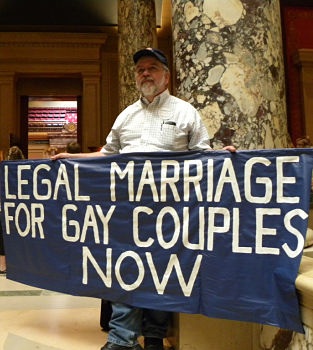 Yesterday the New Hampshire Republican-controlled House voted 211 to 116 against a bill that would have repealed the marriage equality law in the state.

This is a wonderful victory for New Hampshire, which again took a stand for families. The House was right to reject efforts to turn back the clock on freedom and fairness in New Hampshire. Thank you to all the lawmakers who recognized our common humanity and to Gov. John Lynch for his support of the freedom to marry. Congratulations to Standing Up for New Hampshire Families and to all those who worked so hard for this terrific win today.