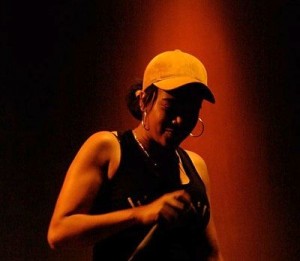 Hip hop and rap have long been derided as anti-woman, especially with the well-known lyrical inclusion of “bitches and hoes.” Still, some have found ways to recuperate even the most virulent songs; hip hop culture and its relationship to feminism is nothing if not complicated.

Since the late ’80s and early ’90s, artists such as Queen Latifah and Salt-N-Pepa have written explicitly feminist hip hop anthems, from Latifah’s “U.N.I.T.Y.”, in which she confronts sexist language (“who you callin’ a bitch?”) and “Ladies First [feat. Monie Love],” in which Love and Latifah rap about gendered assumptions (“some think that we can’t flow / stereotypes, they got to go”) to Salt-N-Pepa’s “Ain’t Nuthin’ But a She Thing,” a call to action for gender equality and woman pride (“I could be anything that I want to be baby / Don’t consider me a minority”). While contemporary versions of these pro-woman songs exist (Beyoncé’s “Run the World (Girls)”), I’m more interested in a few recent songs that don’t just celebrate women but actively critique gender roles.

These videos share a central theme, with the artists questioning what it means to do things “like a boy.” Certainly, there are problematic aspects to the lyrics of all three songs, which suppose manhood as implicitly about being sexual, aggressive, unfeeling and/or cheating on women; however, instead of reducing men to stereotypes, these artists consider what it means to be a woman or a man in contemporary culture and how we sometimes find ourselves trapped by assumptions based on our gender.

Beyoncé’s “If I Were A Boy” plays with gender by having the singer switch places with her male partner. She sings, “If I were a boy / I think I could understand / How it feels to love a girl / I swear I’d be a better man”:

Similarly, Ciara’s “Like A Boy” questions the difference between men and women in relationships, with Ciara at one point, in a fantastic dance sequence, playing both male and female versions of herself. In the song, she asks, “What if I had a thing on the side, made you cry / Would the rules change up or would they still apply / If I played you like a toy? / Sometimes I wish I could act like a boy”:

Lastly, British artist Jessie J’s “Do It Like A Dude” seems the most outwardly satirical of the three, with her lyrics insisting, “Grab my crotch, wear my hat low like you / Do it like a brother, do it like a dude”:

In these videos, the artists are making a concerted effort to question gender and identity politics, something that feels novel in the relatively mainstream world of popular music. I’m certain there are more examples of this phenomenon in hip hop and other genres–Janelle Monáe’s androgynous style, for example, is a great way to think about hip hop’s potential for queerness–and so I’ll put the question to Ms. Blog readers: Any other music/videos along this line that you can suggest we watch/listen to?

Part Twenty-six in a Women’s History Month series celebrating organizations and ideas that represent the future of feminism.