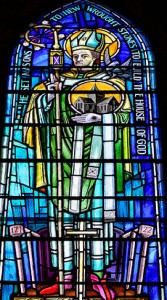 The Catholic Bishops‘ battle against reproductive healthcare was dealt a significant blow on Friday when a federal judge ruled against the bishops in a battle over whether the group could impose its views on contraception and abortion through its control of taxpayer dollars.

Over the last six months the bishops have argued the Obama administration is anti-Catholic because it refused to renew a contract with the group to provide services to victims of human trafficking. The bishops had been administering almost all of the federal money allocated for such services which amounted to about $3 million a year. They would spread that money out to subcontractors who serviced victims all over the country.

But like all grants from the bishops, these dollars came with strings. The bishops prohibited the contractors from using the federal funds to pay for staff time to counsel victims on contraception or abortion, or to refer them for such services.

The ACLU sued the US Department of Health and Human Services over the grants, arguing the rules violated constitutional prohibitions on church and state. And while that case was working its way through the court system, the Obama administration decided not to renew the bishops’ contract, mostly because the bishops refused to provide these critical reproductive health services that trafficking victims need.

On Friday a federal judge validated that position, siding with the ACLU on the contract.

The bishops can’t be happy about this decision. Even though they no longer had the contract since the Obama administration cancelled it, they had joined with the ACLU in asking the court to resolve the constitutional issue. Which it did–just not in the bishops’ favor.

The significance of the ruling can’t be understated. It calls into question the entire basis of the federal faith-based contracting initiative, created under George W. Bush, that gives religious institutions almost carte blanche to administer federal taxpayer dollars in the name of social service administration.

The decision will likely be appealed but it shows, once again, that the right’s insistence that its religious rights are under attack is nothing more than their misunderstanding of the scope of what those rights are.

This article originally appeared at Care2.com.