A Win for California Women - Ms. Magazine
Skip to content 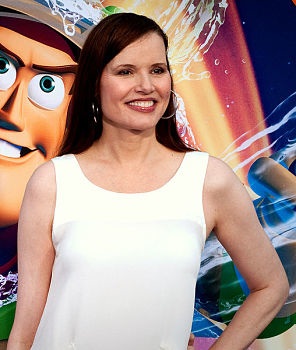 The alarm sounded for the organization back in January when Gov. Jerry Brown proposed dissolving the CCSW as part of 2012/2013 budget cuts. The commission set out to save itself by hosting special events, including a Congressional “Call In Day” in April. It had high-profile help from Geena Davis, award-winning actor and the commission’s newly appointed chair.

Luckily for the women of California, the Assembly has scrimped together money to give the commission a new financial foundation. At a press conference yesterday, Speaker Perez announced that the commission will receive $150,000 from the lower house’s operating budget savings–enough to sustain the organization for at least a year. The commission plans a period of transition and modernization, shifting focus to key areas such as gender inequality in the media, military families, women in business and women’s safety.

The money also ensures that CCSW can continue its advocacy for equal access to education and health care, protection for victims of domestic abuse, reproductive rights and other vital women’s issues. In a recent interview, Davis emphasized the Commission’s role as a voice for those whom often go unheard:

The Commission has served as an important link between many communities and the government throughout its 47 year history, focusing on those who most need a voice–the working poor, those with limited English language ability, incarcerated women, and those with least access to state government and services.

The CCSW recently released The Report on the Status of Women and Girls in California, documenting strides and setbacks for the state’s women. Though there were some markers of progress, the report also noted that 17 percent of California women live in poverty, the number of women in prisons is fast rising and violence against women is increasing–all proof of the need for the Commission’s work to continue.

Photo is of CCSW Chair Geena Davis from Wikimedia under Creative Commons 3.0.