Missoula Isn't the Only Site of Rape Culture - Ms. Magazine
Skip to content 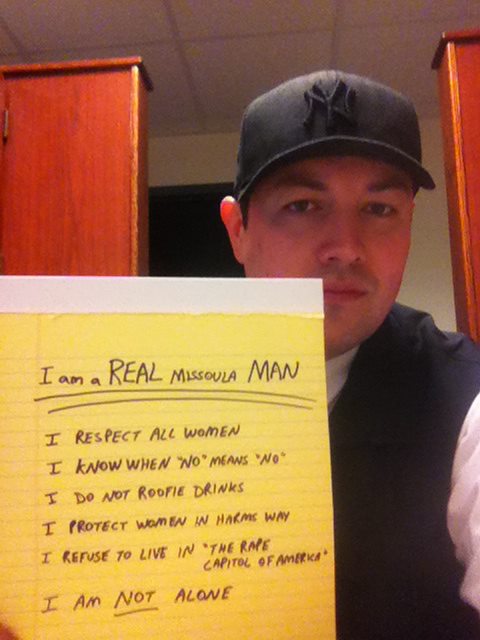 The police department, county prosecutor’s office and university in my hometown of Missoula, Montana, are under investigation by the U.S. Department of Justice. Allegedly, they have failed to correctly handle sexual assault cases, so 80 reported rapes from the past three years will be reviewed.

A couple of months prior to that announcement, the University of Montana fired its football coach and athletics director under speculation that the athletics department wasn’t punishing athletes involved in sexual assault.

Rape culture is systemic in America; Missoula, sadly, reflects that. And it isn’t the first city to be under this kind of scrutiny: The justice department has investigated 18 police departments under the Obama administration, including a 2011 study that concluded New Orleans police weren’t handling violence against women appropriately.

Along with other Missoulians, I’m incredibly saddened and disturbed by the allegations that our police force isn’t protecting us. Montana Supreme Court Justice Diane Barz investigated the University of Montana incidents (which included an alleged gang rape) and concluded that “the UM has a problem of sexual assault on and off campus,” according to a May 1 article in the Missoulian. The same article reports that the DoJ alleges that the police and county attorney “…failed to investigate reports of sexual assaults against women because of their gender or in a manner that has a disparate impact on women.”

No matter how awful these charges are, however, it’s not true that Missoula is a “Rape Capital,” as implied by Jezebel blogger Katie J.M. Baker. She visited Missoula for a few days and her account largely portrays the community as chock-full of victim-blaming hicks. “Welcome to Missoula: Please Keep An Eye On Your Drink” reads the photo accompanying Baker’s article.

By singling out Missoula, her article makes the town seem like the poster child for sexual assault and rape culture. It lets readers think, Well, at least I don’t live there, without asking them to look and see what rape culture might be in their backyards.

Missoula is not the only town in the world with bars populated by predatory date-rapists and institutions that perpetuate victim-blaming. Rape happens everywhere, from the University of Montana campus to the streets of Manhattan. Baker herself notes that 80 reported rapes over three years makes Missoula about average for college-town rape statistics. Those stats are wrong in any town, of course.

Baker opens her story with scenes of intoxicated fraternity men at Stockman’s, a bar she was warned has a sketchy scene. Had she stopped instead for a pint in the Golden Rose two blocks east, where many of my progressive friends can be found on a Friday night, she would have heard from the community that’s working to stop rape culture.

It is clear that Missoula police, as well as UM administration, are not taking rape reports seriously. Many locals have expressed the opinion that rape is the fault of the victim, and police have acted in a way that reflects this view. Rape cases have been handled in an unprofessional way which has infringed on the rights of Missoula women. Underlying it all is the belief that women do not own their own bodies, something we are struggling with on a national scale. In this sense, I welcome the investigation, but I do not welcome predatory, inaccurate articles like those we’ve seen in Jezebel.

UM graduate Paige Browning is also upset with how the Greek community at UM is painted as being responsible for rape culture:

As a sorority member I learned more about assault awareness, safe alcohol use and even good study skills than I did from any other University/campus involvement. … A fraternity man who frequents Stockman’s does not represent them all, just as a football player who assaults a woman does not represent the team.

Browning points out that Missoula and UM have developed resources for victims of sexual assault, even if the police are less than sensitive to the perils:

Students who’ve experience assault would face welcome arms from the Student Assault Resource Center (SARC), with professionals who understand that these cries for help are real. Police, on the other hand, seem to have the attitude that, because it’s a college town, some behaviors are expected, like drinking underage, bar fights and over-intoxication.

I and many feminist Montanans hope the flurry of media attention shines a spotlight on the mishandling of sexual assault cases in Missoula and everywhere else, as well as making sure that blame is placed where it belongs and not on the victims. And I hope that media outlets such as Jezebel stop exploiting what they see as a backwater ‘burg for page views.